We were like 30 people to enjoy this memorable night.
Yes, i said 30, venue's staff included, - and it's a shame, again, - two such so talented Bands, and a so few people as audience.
I fear someday not too far, Bands might consider avoiding to come and play a show downhere in Rome if this attitude doesn't change.
Anyway, be sure that all of these 30 devils warmly enjoy both shows, - and Sleepy Sun were nearly to sell out everything, from tshirt to vinyls.

At 11pm is Leila Adu to go on stage. Originally from New Zealand, currently moved in Rome, - Her amazing talent made me think of Regina Spektor and Nina Simone, just to give You some coordinates.
I didn't know Her Music until last night, - but since her first vocal intro, no mic, - stepping through the crowd from the back of the hall until the stage, She soon shined out and i felt i was going to like.
No band, - just a solo of her and a nord electro keyboard, - Her performance might look pretty spartan, said like that, - but at the same time it was such so strong and communicative, - no doubt Her voice is pure talent, - warm and sensual, and Her musical inventions are hypnotic (Dark Joan, as well her Ode to the unknown factory worker - not obsessive as Suicide's Frankie Teardrop yet equally evocative in Her own key), original and sometimes even funny (Panic at the shopping mall). I grabbed Her Cherry Pie CD, Her second release, - sounds really good, - i'm currently listening to it, - i'm going to review it in next days.

Sleepy Sun have been amazing. Believe me. I'm sad for all of my friends that didn't come to this show, because they missed something BIG.
Sleepy Sun's performance has been chatartic, touching, moving, energizing, melancholic, stunning.. it left me speechless..
From San Francisco, this young gang of six is absolutely terrific.
A mixture of psychedelic tantric music and mystique indeed boy/girl duet vocals.
Pure soulfulness, - like if The Telescopes decided to join The Black Angels, in a balance of narcolpetic ascensions: the result is a total blow-your-mind effect.. They asked to turn off the lights after the first song, - like 'if you were in your own bedroom just with us', - the air suddenly became full of evocative hypnagogical suggestions, made acid with wha-wha explosions, lysergical swirling guitars, and a brilliant rythmic session. The two singer are fucking talented. Yes, 'talent' was the keyword last night.
Differently from most of so-called psychedelic Bands, Sleepy Sun don't play around the strenght of repetition, - at all, - it's a continuous evolving climax, - changing dynamics and patterns. At the same time, they also take the best of traditionals non-rules of genre. When they performed New Age i had the confirm i was going to spend all my money left with them. If i hadn't to wake up and go to work the following day, tonight i will be in Faenza to see them again. Luckly, as their singer told me, they'll be back in Milan in July at Parklife festival. 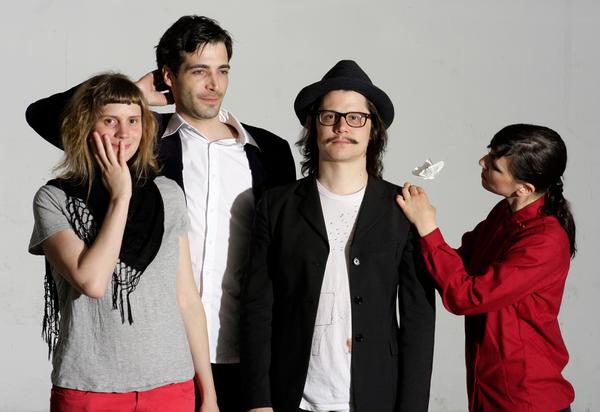 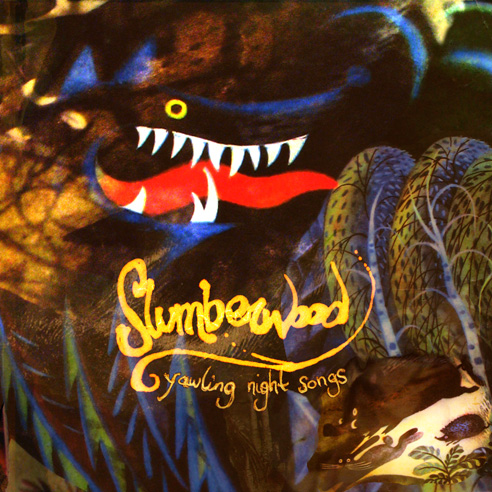