I'm totally divouring Deerhunter's Cryptograms album, such it's a perfect balance of multilayered drones/ambient Music and more trascendental oriented noise pop pieces. A bridge between Clinic, Auburn Lull, Jesus & Mary Chain, these five young men from atlanta (usa) are introspective and well graduated both with delay/echo pedals and dissonance (White Ink, Providence are like breathing or dreaming), poppy and yet psychedelic. Cryptograms features airy masterpiece Strange Lights, to me a gloryfing sound bath along a percussive escape, - while spectral uptempo titletrack best sign a new beginning after previous more primitive and noisy debut in 2004. If You separate the tracks in two groups, half album is an astral instrumental trip, the other part is full of armonics and more accessible (even if still obscure) figures, with dreamy filtered male vocals and memorable refrains. I'd say Cryptograms distills at its best Band's soul, a psychic visionary intensity. 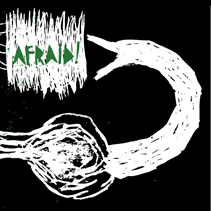