Presented as brand new flaghship at Darla rec, although this boy/girl duo from Denmark pays heavy duties to Cocteau Twins and Love Spirals Downwards, Lovesliescrushing (nearly impossible to me saying something different) from cd-artwork, guitars to the swirling female vocals (even if Think Eyes Away has some reminiscences of Siouxie at least as chaotic lo-fi Springtime with a younger Bjork), Their s/t debut totally represents at its best the so-called nu-gaze scene, melancholic and ethereal. - Programmed beats, electronic and synthesize sounds, repetitive loops, guitars like a placenta bath (You're my Japan), symphonic joyous harmonies in glory of romanticism (The Crucial Love Game) and multilayered experimentalisms (Hearts on Fire), - it's porno for bliss-out genre addicts (Dreampoppers (tribute)) and a shoegaze vocabulary for newbees (also featuring the friendly accessible single Sneak). - I firmly believe Their next release will be perfect, - this is not, - although its impressive beauty and efforts. - Music @ myspace/rumskib
read less
read more 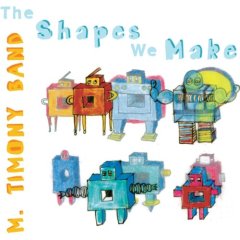 The Jesus and Mary Chain - with Hope Sandoval Varie
Previously, on komakino fanzine, about 'Rumskib':