The Sky Drops duo (feat. ex Smashing Orange Rob Montejo), usa, are on the way of bliss-out guitars and straight pop drumming, boy/girl vocals, - Their harmonies are pretty melodious and dreamy, shoegaze yet accessible because of its rock vein; here You are a couple of hints: 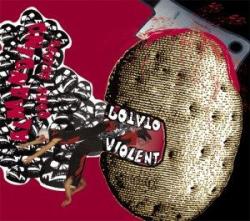 V-day - istruzioni per l'uso Varie
Previously, on komakino fanzine, about 'The Sky Drops':