The Interactive Storefront is an interesting as well innovative experiment, - here making an opening for Elle bellona MacPherson Intimates: 'The campaign includes the use of a media format based on motion detection technology known as the "Human Locator," which was developed by the Canadian firm Freeset Interactive.' [source: Adweek] - People's reaction is pretty curious.
read less
read more 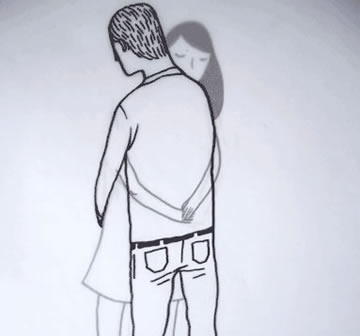 Impaled Northern Moonforest - on your knees. Varie
Previously, on komakino fanzine, about 'The interactive storefront':