'Then, he feels his skin fade away as the room turns dark and cool'.
Alpha is a man head-shaped illustrated book by Paul Wysocan, brilliant 'art director and graphic designer with a non-traditional background'. - Alpha tells the story of a 'traveling businessman who slowly disappears into the fabric of his anonymous world. The book is presented as a series of stills from a film. The text was designed as a character in the story - lost between offices and fax transmissions'; - imaginative indeed, - i would love to have this book, wouldn't You?
More of Wysocan's inspiring projects at His website.
read less
read more 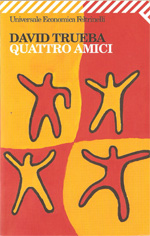