Dear Slowdive, you make a difference. Just in case you still wondering that. I have your answer, and it is: Yes, you do.
You made a difference last night, playing live @ Magnolia, in Segrate, Milan, Italy.
For sure, in the lives of many.  And you made it in my life, too, again. That me, back then as a teenager, and now, as a young man turning 40 (ouch!).
From Rome, me and three dear friends of mine, we drove about 600km straigth to Unaltrofestival in Segrate. Three years ago we were in Padova, for you.
The venue was around to the shore of local Idroscalo, a seaplane base, powered by spring waters and those coming from Naviglio Martesana, pretty nifty, where you were headliners for. Each of us brought some CD for the road trip. It took us forever to get there. This weekend was a bloody one, since most people in Italy were coming back from holidays, and, last but not least, all those moving to F1 Italian Grand Prix Monza 2017 near there.. Fukc!
Once checked-in in our hotel, we walked through the Idroscalo park until Magnolia: people were jogging, some did water skiing and rowing (Star rowing, heheheh), around us. Linate airport was next to the venue too. We finally got there, and collected our 30 euros (and more) tickets, bought in presale. It was not a sold-out, in case you were wondering.
There were also scheduled local acts such as Gazebo Penguins, Wrongonyou and Belize (on the small stage), plus Seafret duo from UK (on the main stage). Frankly, not my cups of tea.
After having had a pizza margherita a couple of Guiness, I patiently placed myself in front of the stage. Next to me, three young boys and two girls, long-haired, dressing black, one with one of your tshirt, - I heard they had a band together, - because I heard them saying 'let's see what chords they play, and together we can play them during rehearsals.' Later they've been mute during all the songs. You made your special thing of these young human beings. For a moment I dreamt of me, back then, at their place. What a wow-experience for these kids. After the show, they were fully excited, they hugged, Slowdive was the adrenaline of those hugs.
From the stage to the audience, there were about 3 mt of void space, dedicated to that bad race of people, so-called photographers: later, an army of 12 photographers, armed with high-end cameras, who hang on the first ten minutes of the concert with no other real interest in you, and then disappear with any care of those who they have photographed. The perks of being in social-media age. Then, that void, still outlined by barriers, stood there. But, you've been able to fill that void. An emotional wall of sound. Three Roland Jazz Chorus amps (two for Neil Halstead, one for Rachel Goswell). One Vox AC30 plus one Twin reverb for Christian Saville. And, I think, the monolite vs big fridge aka AMPEG SVT4whateveritis. A collection of Fender Jazz master guitars for Christian, a Telecaster and a Epiphone Casino for Neil. A beatiful Gibson Thunderbird for Nick Chaplin. A glittered pickguard Gretsch guitar I did not recognized for Rachel. She played a tambourine and a moog too, powered by a pink flamingo.
Introduced by the Deep Blue Day by Brian Eno, - your dogma - You jumped on stage right after 10.30 PM.
Christian and Neil, called by their name by the audience, shyly waved back. Then it started. The first notes of Slomo was pure thrill, you know instantly it's gonna be great. The air was bitter cold, because of the near Idroscalo, and it had rained up a few hours before, all day. Rachel disappears for a second and comes back with a leopard jacket to cover her shoulders. Someone from the audience shouts 'cool jacket'.
It followed the exciting fuzz of Slowdive, the ecstatic-state inducted by Catch the Breeze, the dancy renewed version of Crazy for You, - and then the new shoegaze horse riding of Star Roving (I like how Simon alternates drum pad and snare drum), diving back to the magic realm of Avalyn, the doped, keep-it-slow version of Machine Gun, - so mesmeric, - Souvlaki Space Station (it is like listening to Bob Dylan playing live Knocking on heaven's door, - everytime, it starts with different chords), the powerful catarsis of When the Sun Hits, Alison (the audience sung along), Sugar for the Pill (an amazing bass line indeed), No Longer Making Time (Simon Scott is a mere rhythmic propeller), the first ending with Golden Hair (I love how Rachel backs off when her part of singing ends, and she moves back to watch her friends play..), until the encores offered with Blue Skied an' Clear and 40 Days. The stage lights were great, the sound system was a bomb. What a feeling. True Mood Riders. I've bought a Slowdive tshirt as souvenir.. I could not help myself..
You know I love you, Slowdive. But, let me tell you one thing, or two. The graphic layout of your newest s/t record sucks... I mean.. font-size? 5,5pt? Ophtalmic issues for me here.. And not a single photo of the band.. what a pity..  And, in Slomo, that ugly flanger-like effect on Neil's beautiful voice, and then, right when the Music and Rachel singing go.. Cocteau Twins-bananas (:-))... it FADES OUT!!! Why?? Wish I had an alternative ending version for Slomo available. And on stage, Neil seemed to me a little underweight, I hope the day after, you brought him in Milan for a risotto with marrowbone and a breaded cutlet à la milanese. Actually, the second and third reason we drove until there.. What a Wild Week End.

Anyway, thank you for being you, - it's so good to know you - just like The Pastels used to sing. 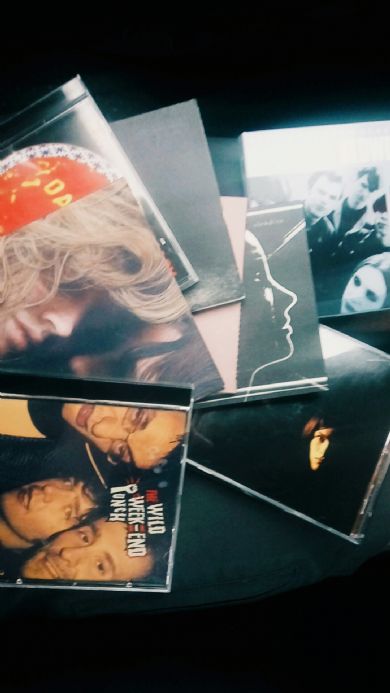 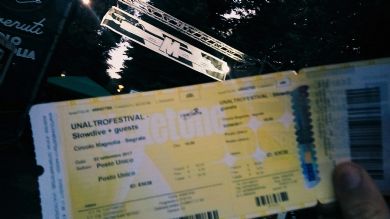 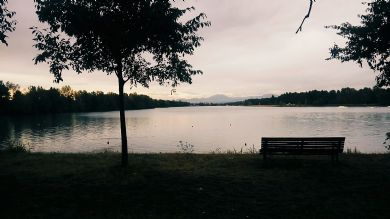 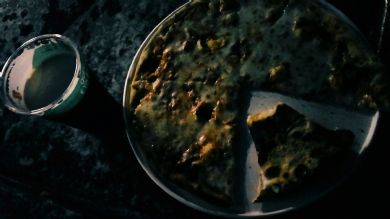 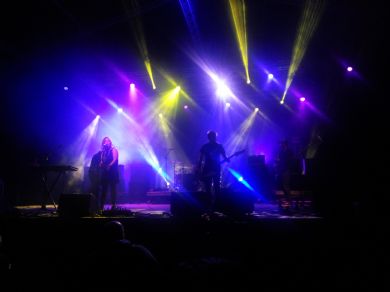 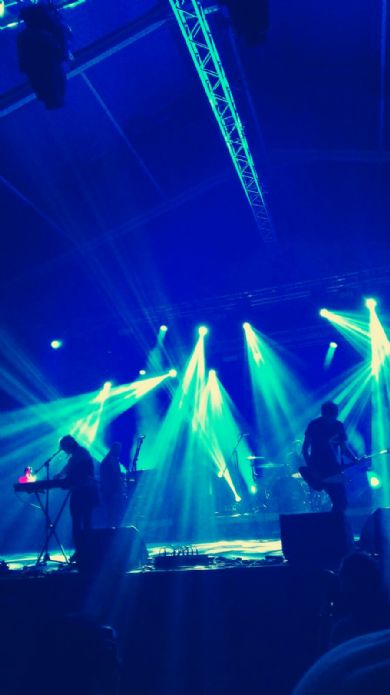 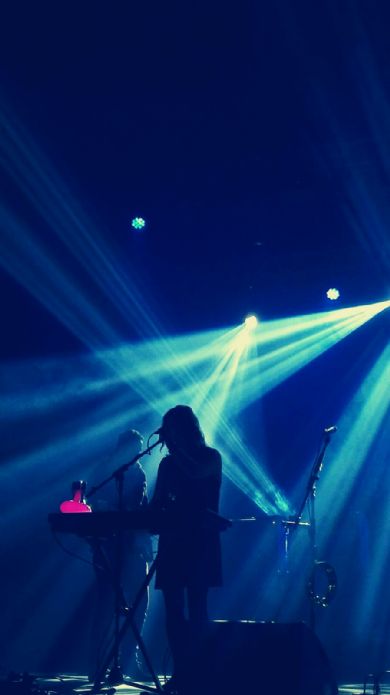 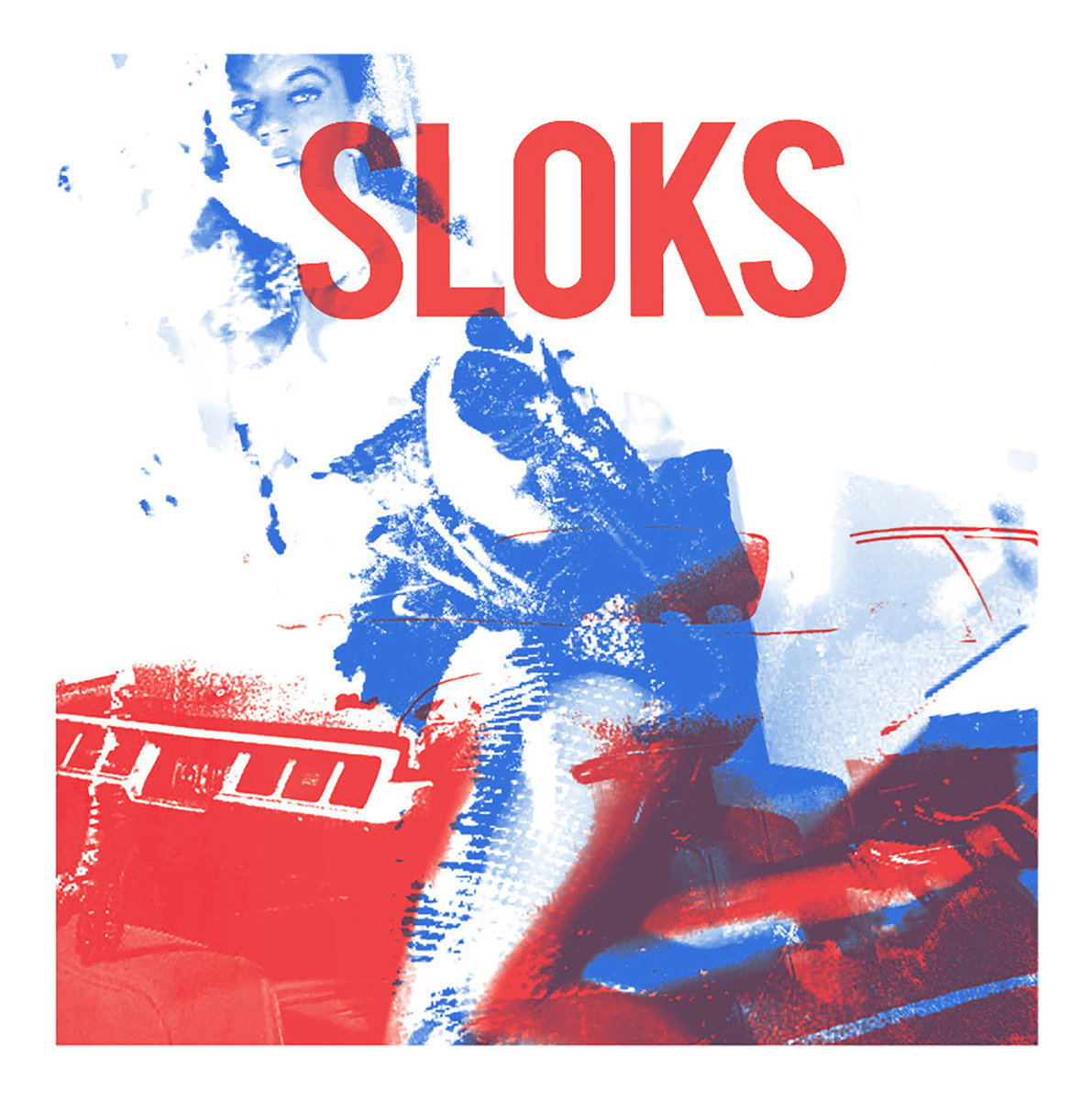 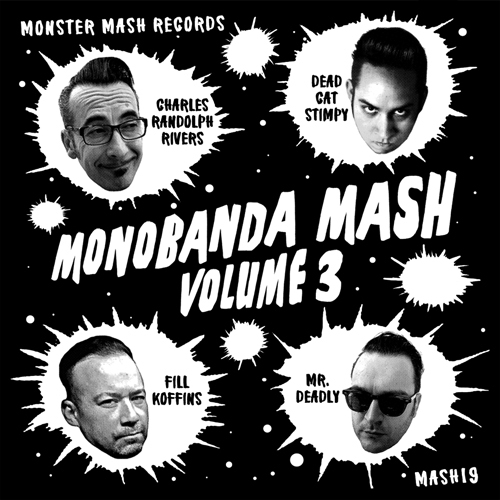