Werner are one of my favorite Bands from Italy.
Before them, Ka Mate Ka Ora, which Stefano Venturini, - vocals and guitars there and now here -, used to lead, noisely.
Latest Werner's record, Way to the Ice is a true hidden gem.. hidden under the thickest ice of Italian invisible - AKA indie - Music niche. That sense of spiritual insight in Music.
Released for White Birch records, this title would be a perfect match for BlueSanct or Kranky, just to get some coordinates..
I do know not how many Bacon degrees of separation there are here, but if you have a few with mr. Herzog, please, let him know about Werner's devotion for him. He would be delighted, I'm sure.

***
komakino: Oil Tries To Be Water release is dated 2012.. Three LP discs in 5 years, that's indeed something enviable.. Can you say how much you have changed along these years?


Stefano / Werner: They have changed and we are still evolving. We have changed and we are changing, also because the line-up is no longer the same, we are now in two, and this has changed as well the approach to our instruments and the way of working on songs. You may notice, we are going to different territories ... in Oil (Tries To Be Water, k's note) we mainly used the chorus / verse formula, the "song" dogma; I think we're abandoning that, or anyway, we are in a way detaching from that here. 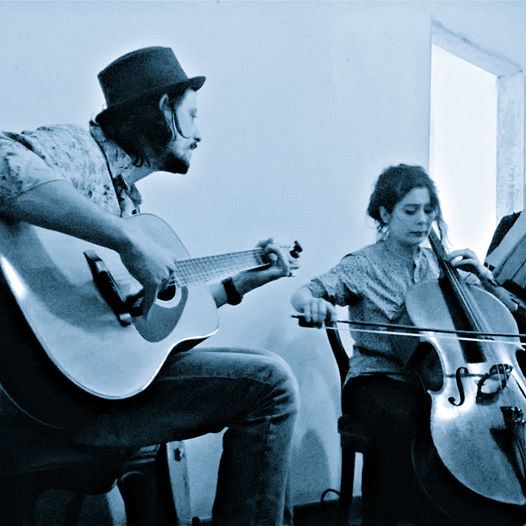 komakino: I agree, and I like to think your songwriting has changed for a more mature one (that's kind of obvious, somehow, I know), and, if not 'mature', there is no hastiness in it, more attention for details and pauses, in that breathing in and out. And then there's Molly's electricity.. Did you eventually get tired of your acoustic guitar?


Stefano / Werner: With regard to hastiness, in my opinion, it must be more meant as general anxiety, about what will come out, something that has to do with the songs, that, absolutely. As time goes by, if you are willing to get on a growth path, you mature a little at a time, and this, I believe this has influenced and guided us torwards a greater peace of mind, and that awareness of what you want to get.
About Molly, it's not me playing the electric guitar, it is Mirko Maddaleno, the one and only who could interpret this song so well. In a first arrangement, there was my "acoustic" guitar too, which we later removed, pointing to be even more essential.

komakino: I see. You told me you have recorded Way to the Ice among the mountains.. did it snow? how did you end up there?

Stefano / Werner: if only it did.. and unfortunately it did not.. Initially, the recordings were planned during the winter, yes, then, for various issues, we ended up recording in August 2016. It did not snow :-)
We made the recordings at Casamarconi, in the Pistoia mountains, under my wife's parents' house. Stefano Ciardi took care of the recordings, then, together with Alessia (Castellano, k's note), they completed the mixing in Berlin, at Stefano's place, called "Sum Studio".

komakino: Please, remind me how this obess.. 'tribute' thing started, why you named your band after Herzog. Did you stalkers wait outside his house lately? :-)

Stefano / Werner: The group was originally an idea of mine, together with Elettra (Capecchi, k's note - at piano), we wanted to arrange songs with a cello and hence the idea of calling Alessia. By the slightest chance, we meet in a small theater where Mirko Maddaleno was screening weekly Herzog documentaries. We were fascinated and intrigued by his poetry and from there, everything really begun.

komakino: Nice start. Then you did not miss out on the subject even with this record, which is inspired by 'Of Walking in Ice' (1978) by Herzog. In my opinion, he would be flattered by all that. Even the album's artwork is no less. The author is Alessia, how briilaint.

Stefano / Werner: Yes, right. Alessia (aka Cuore di Cane, k's note) is also the author of all of our artworks. For all three discs, we have always accompanied the release with limited editions, with a meticulous work done by Alessia. The idea of this record was obviously born from the imaginary of Herzog's book, but also according to the color we felt with it, which we attributed to it by reading the book. Over the years we have always talked about how and what "color should be the record we do"

komakino: Wow. This is definitely 50 shades of ice blue.
The nightly charm of this new record connects, maybe more than any other disk, to Ka Mate Ka Ora, I think. That sense of poetry and bitterness. Is there any of Werner's songs that you might have thought of as Ka Mate Ka Ora, originally?

Stefano / Werner: Unfortunately, with Ka Mate we have not been able to go any further, for various problems of each of us... It is years I do not write a song in a Ka Mate style, honestly.. although, surely, - and this is a threat -, I will handle again my electric guitar, soon or later, and I am going to make a noisy, very noisy record :); But, if I think of Molly... yes, I think of it as tribute to my grandmother, I was thinking of her while I was composing it. Like for Bonnie, of Ka Mate Ka Ora, which is in the first album Thick As The Summer Stars.

komakino: You are a very 'private' band, I'd dare to say DIY as well: self-production, both in music and in graphics, - with White Birch records, we stay in Venturini's family (- Stefano's brother and bass player for Ka Mate Ka Ora, Carlo Venturini runs White Birch, k's note).. you know, when life gives you only lemons., maybe, but, in what direction are you moving? Made the disk, are you interested in promoting it? Live dates, videos, or everything's done, and bon? What are your expectations of life (in music)?

Stefano / Werner: Yeah, we do head for some direction, albeit very slowly; we deliberately made out of the venues-thing, because our line-up, and our live act really need.. silence. It often happened we performed live and we heard better what the guy was saying at the bar, more than what we were playing!
As a result, we moved the target, we are looking for dates in places not that orthodox for concerts, like art galleries, or right in a street! In buildings courtyards, where people come right to hear us. We do a few live gigs, but that ones we play, make us feel really good.
We will never be able to live on music, we know that, and it is not even our goal.

komakino: Have you ever gone outside Italy for a show or on tour?

Stefano / Werner: No, we haven't until now, but we would love to make listen our Music abroad too, yes. Maybe something feasible may happen in Berlin and the surrounding areas.. our music is not an Italian-thing, it's wide-ranging music, and we'd like Herzog to hear our last record.

komakino: There is a website that provides VIP (official and non) addresses.. Once, on the other hand, speaking with Belgian singer Annelies Monseré (she used to tour in Italy with Jessica Bailiff), she told me that she was playing 'depressive music' .. desperately depressive.. I think you have something in common.. here, what is your darkest song? And if there is one, where did it come from?

Stefano / Werner: I do not know her, but I definitely will... do you mean this disc or generally our discography?

komakino: your whole discography.. and there's plenty of fish in your sea of songs.. I mean, that song which has more introspection than any other.

Stefano / Werner: Sure... hard to say, yet, I think Molly, despite the use of electric guitar, something unusual for us, summarizes our way of feeling things, here.
The song says "Sto aspettando, mi sono scordato di salutarti". (translated in English: I'm waiting, I forgot to say goodbye to you.)".
But the person will never come back, because unfortunately my grandmother has gone forever.
But I'm as good as expecting for her again, indeed I'm waiting for her to come at me.
Thoug,h I know she won't.

komakino: I see. How bitter. I got the point. One last thing: probably that's just bullshit, yet, like that line which goes 'humans are the only animals that make wine', - many animals sing, but humans - only - make songs... or is it just our limited point of view? What is a song for you?

Stefano / Werner: I have never been good with words, I can not speak very well in public, actually, it terrorizes me, and I deeply believe that certain things, some way of thinking, some deep feelings and moods can only come out through music. See, also with these written words, all turns pretty banal, trivial; I can not explain it as I would, but, I know that music is an amazing way to get in touch with people that deeply.
Music is the proper medium for this. 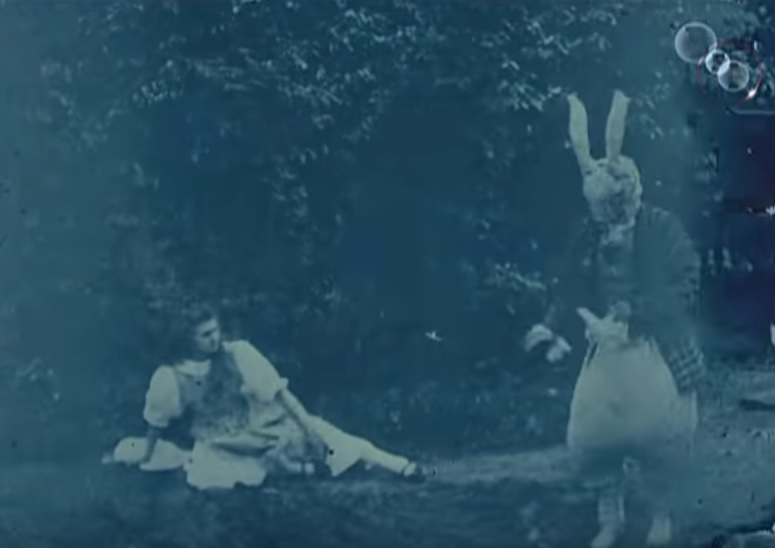 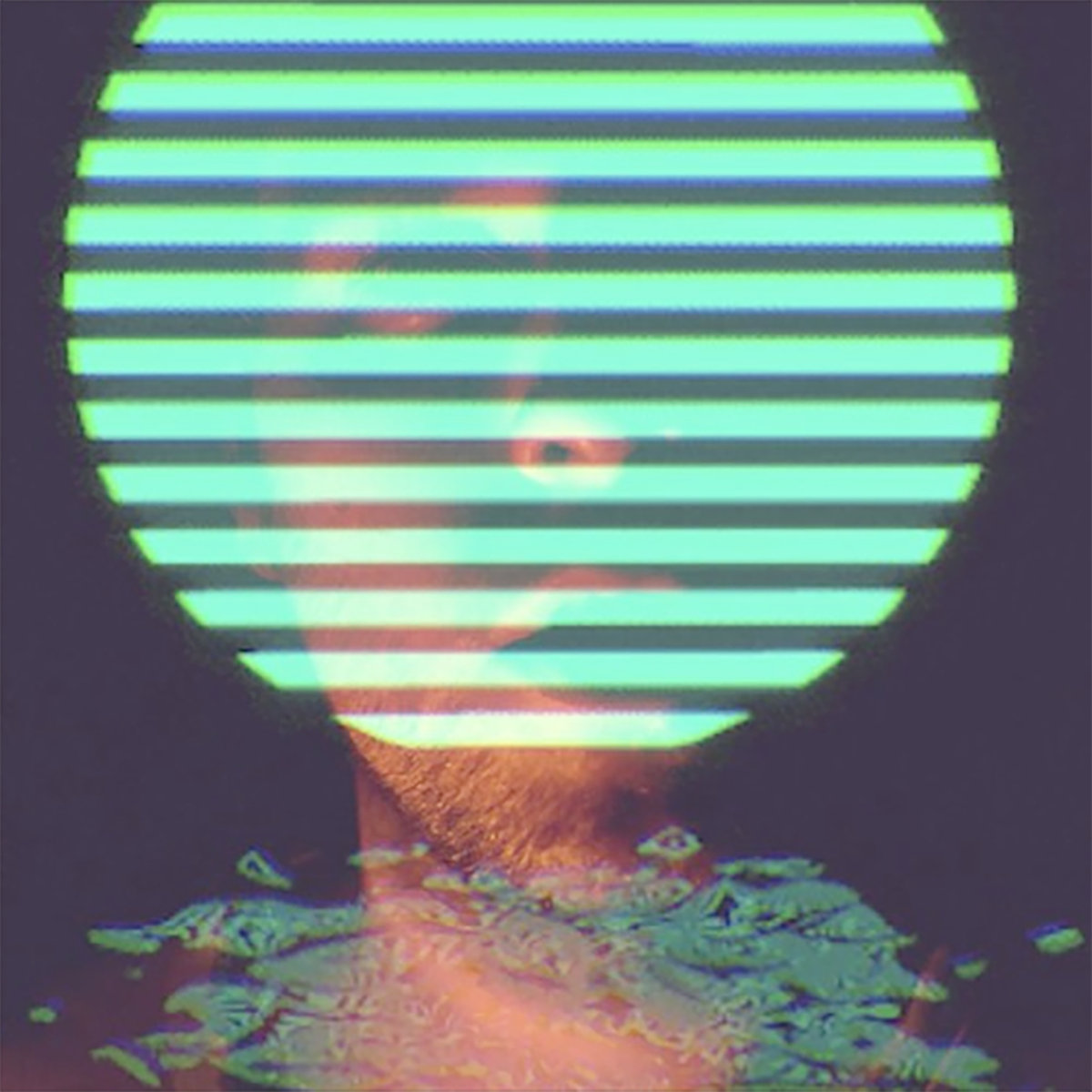