You know, I named my daughter Sofia. Not Sophia. I would have loved to call her Sophia, but, in Italy, that would only create problems someday, although, at the Registry office they often asked me 'with ph or f?': Sofia, not Sophia. We are in Italy, then, it's SoFia. And, you know what, generally in Italy, everybody associates her name with actress Sophia Loren, so the conversation goes 'that's why you named your kid Sofia, right? After SoFia Loren', then my answer is: "NO: and Loren's name is SoPHia, with ph, not Sofia. And, anyway, no, her name is Sofia, because Sofia sounds good, and the related meaning  behind the name etc etc'.
Those few who know me, they know how much I love Robin-Proper Sheppard since.. always, and, - again - I must confess, I love more The God Machine than Sophia, I know, they are two different bands, different faces of the same coin, and oh, I love this coin, but, let's say, if I will ever leave any money-worth heredity to my Sofia, that would be my vinyls collection of The God Machine records (ultra expensive rare stuff on Discogs, not mine, check this madness). So, no, I didn't name my name after Robin-Proper Sheppard's Sophia, although, I would have loved to call her GOD MACHINE; that would have created some issues with registry office.
Anyway.
I was more than happy when I found out some months ago that Sophia was going to release a new record, As We Make Our Way (Unknown Harbours), and that he was going to play a show in Rome too. The opening single track Resisting is a great I'm back song, and it sounds so God Machine, so Robin Proper-Sheppard. The kind of sound-oxygen my soul and brain need. The moment I stepped into the venue, I bought my CD.
It was a rainy night when Robin's new band hit Rome. The place, Monk club, was soon pretty crowded (no opening band), and I must recognize that Robin's #1 fan in Rome is a gay bear guy able to sing along all the lyrics during the whole show, raising his hands, which later yelled 'ROBIN DO YOU WANT TO MARRY ME??'.. Robin answered at the mic 'No, I don't, but thank you', than, the guy added 'BUT I WOULD LOVE TO'.
The new line-up (he calls it Sophia 2.0), - except done for his cold-blood drummer Jeff Townsin, - now features new bass player Sander Verstraete, a gifted new guitarist playing amazing solos (help me with the names here), and another guy playing guitars and keys. Maybe all of them backing vocals was not that necessary. On stage some minutes after 10.30 PM, firstly, they performed the whole tracklist of As We Make Our Way (Unknown Harbours), which began as a big wall of sound after the piano intro of Unknown Harbours, then, Resisting.. So, Robin announced they were going to play some noisy versions of his old songs: Oh My Love, Bad Man, Bastards, If Only, Desert Song No. 2, an avalanche of bitterness and broken-heart songs to wipe out that idiot smile on your/my face.. the audience is pretty respectful, it stays silent when needed, although, there is a moment, when Robin misunderstands a guy next to me, who initially asked screaming for The River Song, then Robin answered a funny 'NO', and another kid replied to the first guy 'THANK YOU (for ruining our chance to listen to the River Song)', but Robin heard 'fuck you' and replied pissed-off 'WHO SAID FUCK YOU? YOU KNOW WHAT, WE WON'T PLAY THAT SONG ANYMORE, NEVER EVER'.. calm down, man.. but, no way, he wouldn't listen.. luckly for us, later, they came back for a generous handful of encores, and the very last track was The River Song, fierce, desperate, melancholic as we love it. Do I really need to add that a band like Sophia makes me say 'thank you for your Music'? 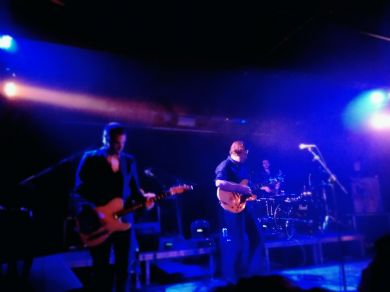 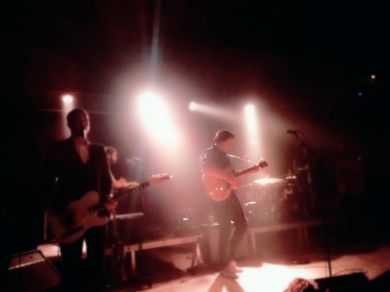 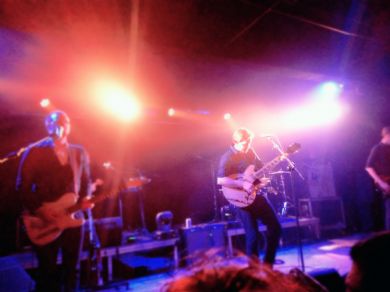 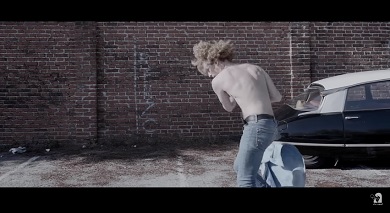 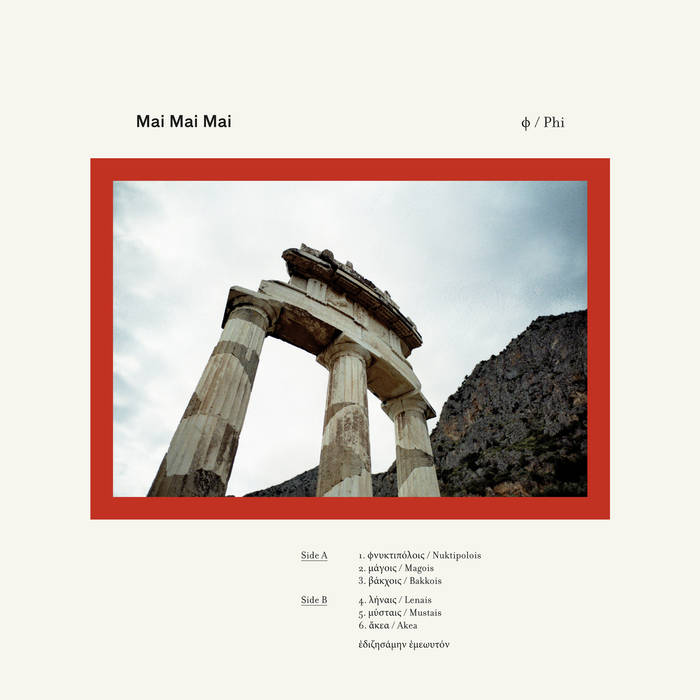 Sophia IN TOUR IN ITALIA!
Previously, on komakino fanzine, about 'Sophia':

Actually there are other 3 articles tagged 'Sophia' here, check it out!