Third LP release for Luminance Ratio, which confirms the line-up of 2013 Reverie, that is, four sound-Artists Gianmaria Aprile (guitars, effects, vibraphone, syncussion, also remarkable in the Italian indie niche for his gallant Fratto9 Under The Sky records), Andrea Ics Ferraris (laptop, vocals, effects, percussions - check his almost endless discography), Luca Mauri (guitars, effects, percussions) and Luca Sigurtà (synth, loops, electronic junk).
The keyword and dogma for this Honey Ant Dreaming is being immersive, for music, as action, and listener, as reaction. Call it psychedelic is not enough. Immersive is the new psychedelic.
Put your headphones on, go out, and play Splinters of Rain - it'll drag you straight into a psychic state of outer consciousness. Do it with Great White's All Around lying in bed at night, and experience the growing of a druggy nightmare. Tribally percussive on Blood Vessels and Passage D'Enfer, - beautifully chaotic and emotional the first, fiercely buzzing and industrial the latter. I Am He And She Is She But You Are The Only You turns the back of a holy light tarot, and you head starts falling backward, slowly, in an ecstatic calm state: someone should totally make Ayurvedic massages along with these tunes.
Press-kit says this release is inspired by the strength of the Honey Ant Mural painted in 1971 by Papunya's aborigines, and - thank you Wiki - this introduces me to the fascination of Honeypot ants, - "specialized workers that are gorged with food by workers to the point that their abdomens swell enormously" [..] this made them "edible and form an occasional part of the diet of various Indigenous Australians. These people scrape the surface to locate the ants' vertical tunnels, and then dig as much as two metres deep to find the honeypots." [see also Aboriginal Dreamtime . That amazing.
Last but not least - message alert for collectors - the layout is a beautiful art edition with heavy hand screened sleeve and 180 gr. translucent vinyl, limited print of 300. My respect. 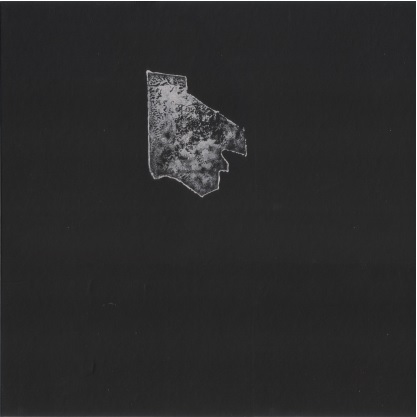