It was my first time at Electric Campfire, Raster-Noton's celebration night of their 20th anniversary, now at 9th edition, in the lovely garden of Deutsche Akademie Rom Villa Massimo, German art institute in Rome, what an exclusive location, - this is where, mr Noton, aka Alva Noto, born Carsten Nicolai, held a scholarship in 2007.
Free entrance, invitation only (that sounds pretty exclusive), a long, a very long cue at the entrance, the whole party was actually at full capacity, with people of every age - from kids on. Focused on a sole stage, with a big screen for visuals, and a long table for artists' devices - synths, effect units, laptops, and other audio jewels which I am too profane to say if it was a kaossilator or less, - then, free beers, wine and food: something which drives you in that good vibe.
As I arrived, I realize that unfortunately I've just missed Kyoka's performance in the small, crowded, open arena dedicated to the shows. Graced by a cloduless night, once made room for guest artist Dorit Chrysler, as everyone else, I am soon enraptured by her set: pure classy woman, able to hypnotize everyone's attention, weaving waves through the air with her Moog theremin (which probably she touches only to get it out of the suitcase), pre-recorded patterns and grave vocals, going from more soulfull tip-toe of Sustain me, to the noir-esque sensuality of Avalanche, as well as when she loops Trentemöller's Candy Tounge main riff in her instrumental piece. A beaufitul listen between Clara Rockmore, Marianne Faithfull and Amanda Lear.
Later, with the digital minimalism of Robert Lippok, we're loaded with addictive beats and glitch/minimal techno weave forms. People get pretty busy with his tunes filled with digital synthesis and ambients: if I am not wrong, I remember the harmonies of Whitesuperstructure taking over (from Redsuperstructure (2011)). It gets better and better as Byetone, AtomTM and COH alternate: electronica and post-techno dis-harmonies get fluider with people. Everyone is dancing to the same beat, pumped by industrial sounding bass and high/low frequencies. Or that's what it seemed to me. Free beer and wine, remember. Later, they join forces for a six-hands performance, probably the climax of of Electric Campfire, which comes to an end, exactly at midnight, on the notes of Sister Sledge - We Are Family, where the Raster-Noton family and crew star dancing all together. I noticed only a spartan table with some merchandising and vinyls, - I hoped to see more.
Like, around midnight and ten minutes, Accademia Tedesca's security invited everyone to leave before someone ordered to release the hounds. Going at a festival in Rome and being out of it at midnight.. maybe my first time in 20 years. 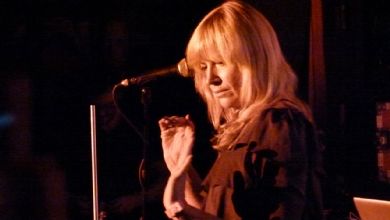 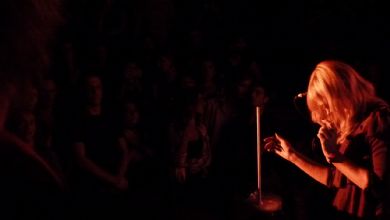 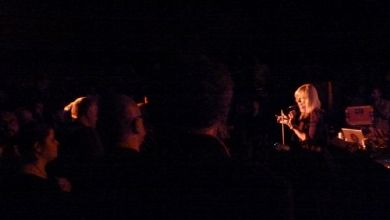 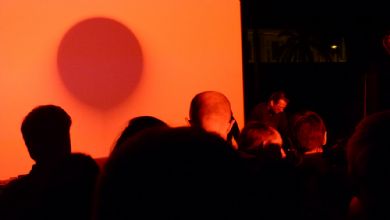 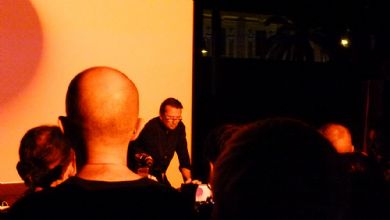 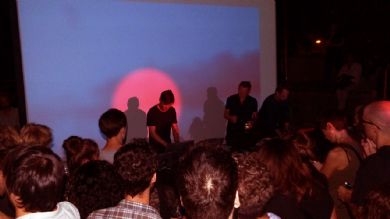 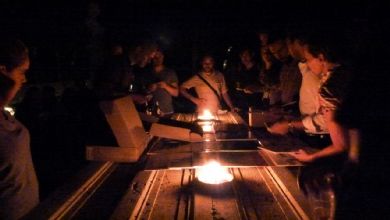 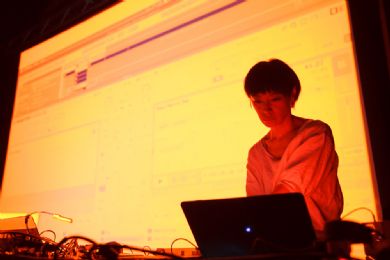 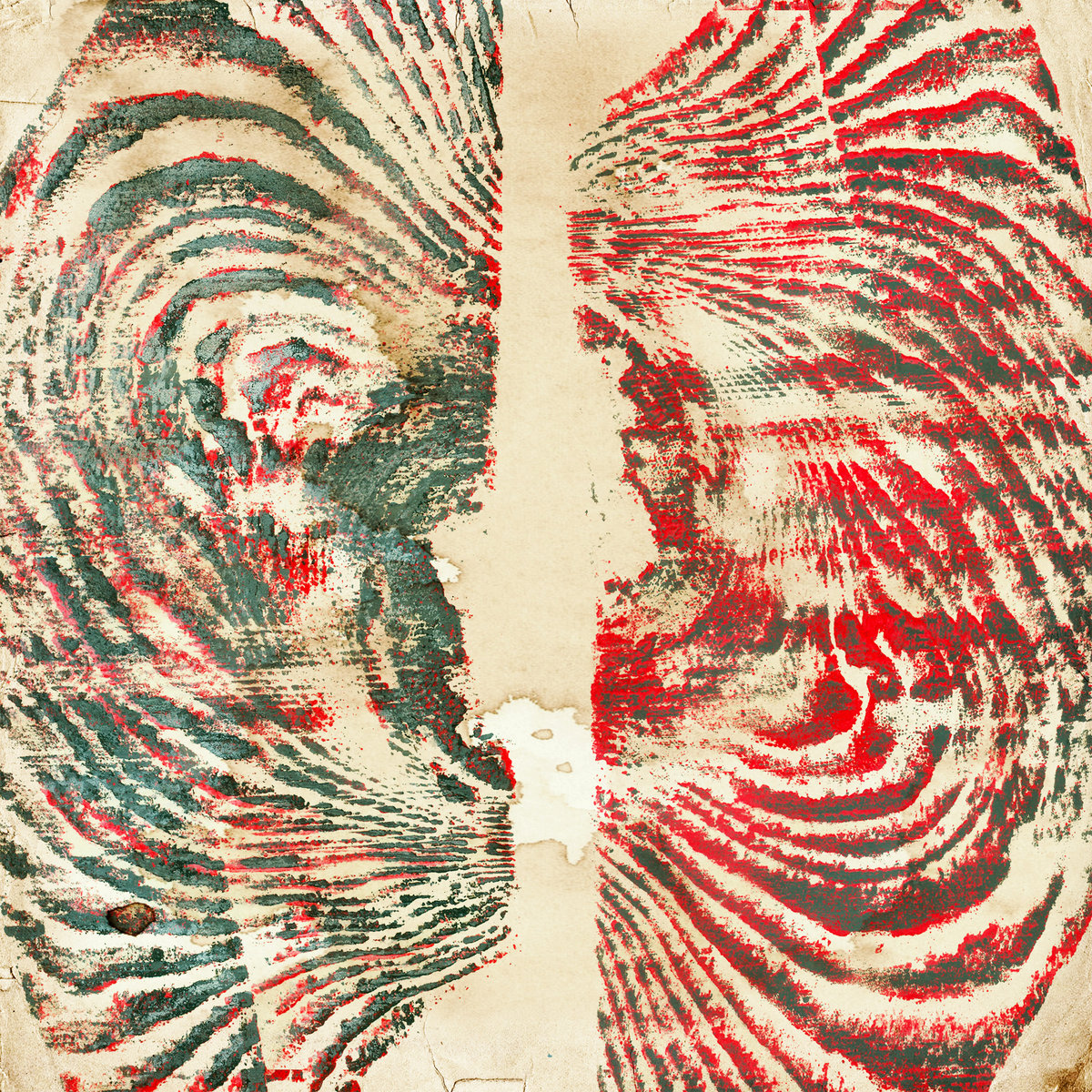