Debut release for Blauss, from Rome, Italy, boy/girl two-piece band, Mattia Schroeder - guitars and subtly ubiquitous with other instruments, mix and mastering, - and Ilaria Paladino at voice.
Hard to tag, when you need to tag a band: if you play A While Ago as first track, you would get for the idea of a dreampop record, where his multi-layers of guitars are shimmering toward her stern and then angelic vocal play, which, not a doubt, will emphasize the melodious song structure. Eventually, the dreampop thing is only one of the expressive colors they tint their pop venture with, also nourished with trip-hop, indie-rock serifs, something which takes them soon out of the shoegaze niche: Hollow is a sick as sweet lullaby, bordering on the vacuous drawn by guitar and synth - their goodnight song. All The Same features a fuzz-crunchy killer refrain, IMHO, their most memorable episode here.
Rust - in the minimal formula of voice and guitar - is a crescendo of pathos, slowly as suddenly burning out; her voice is whispered and loaded with bitterness.
Nippon is one more atmospheric piece of work, with a remarkable emotional punch: a simple little progression of sounds and stunning vocals.
For sure, Schroeder focus the songwriting on the repetitive guitar layers with a loop station, and Paladino finds her appealing way out with it.
Thump grand finale says much of this encounter of dissonances. Enjoy.

Asia i Koty - I'm Gonna Use My Claws Varie 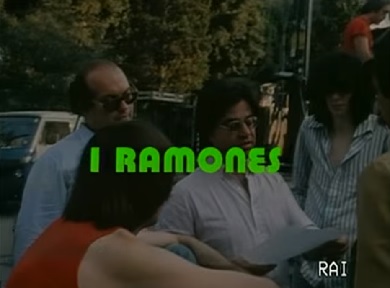