You know, I think no-wave and post-punk genres, nowadays they really got old.. badly.. I mean, I can't think of a good band handling these sonority with honesty and brilliant writing at the same time, with that kind of genuine punk spirit and facets which used to naturally highlight in these early movements. Until Fanny Kaplan.
Named after a Russian revolutionary who tried to assassinate Vladimir Lenin, with "Songs were recorded live with no overdubs, cuts and corrections and then mixed down on a vintage soviet cassette deck", that's the spirit, pals.
These three girls from Moscow, Russia, - Lusia - vocal, synthesizer, - Karina - bass, Dina - drums, - may be the missing band for the OST of 1986 Dogs in Space film, - oh dear, how much I did love this movie? You know, punks moving into new wave, youth's angst and despair, and no vision of a bright future, - this is where the trio steps in. Fanny Kaplan embody those amazing 70/80s synths (listen to Son i Pustota - ''dream and void'', my favorite track so far), precise and imaginative percussions à la Stephen Morris, and bitter, declaiming female vocals (in Russian).
Introduced by the clattering soundscape of Sveta, the whole tracklist sounds sick and rancid, black and white claustrophobia made Music, with Neft', heavily drumming like a heartbeat in pain, or Sianye Nits, - you wish you were in the 80's, dancing to this piece; Edemov Sad is a Eden's garden full of cement here, air is so thick, you can hardly breath. There's always a sort of a insistent hypnotic state, a trance going in and out. Last but not least, they end the tracklist with a cover of Butthole Surfers's Dum Dum.
It's sad this record went under the radar, it's brilliant, and I am going to give it more and more listening along the years, I know that. They would perfectly fit with the roster of Sacred Bones or Boring Machines records. 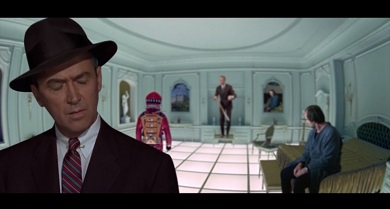