I'm a big fan of Jennifer Gentle, I have got all of their records in my collection, I think, so, I've always wondered why there weren't other bands popping up in Italy, exploring the 'spooky pop' boundaries of psychedelic Music.. the 60's Canterbury shore, as Weird Black's press-release recalls.
Anyway: released by We Were Never Being Boring Collective, Weird Black debut with a brilliant record, here, highly enjoyable, filled with doped tranquility, minimal under each prospective, like it was their dogma, short velocity percussion, tremolo choked electric/folk guitars, keys, catchy refrains, all lead by the bitter, offbeat Matteo Caminoli's voice.
My useless opinion: these tracks never really stand out, yet, everything plays smoothly, you can pump it on your stereo and your neighbors won't call the police. Still, you'll gain a quirky shade on them. Maybe they would knock at your door, asking to join you for a cup of green tea and other drugs. Their mono sound vibe is opiaceum (Day's a Phobia), somehow elegiac (And You Are Lost, the slow vertigo of Our Lies Are True), jaunty and amused (A Theory of Everything). Running always a smart-ass low-key / lo-fi profile. Sort of the same vocal lullaby in 12 variations. And the final piece, Tangle In This Undecided Summer, tints the doors of their sound perception even in a more visionary way, thanks to the vintage cut of their synthesizer, finally breathing in and out. Enjoy. 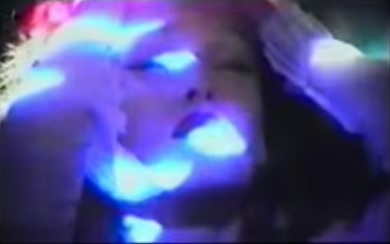 The Ecstasy Of Saint Theresa - Thorn in Y'r Grip Varie 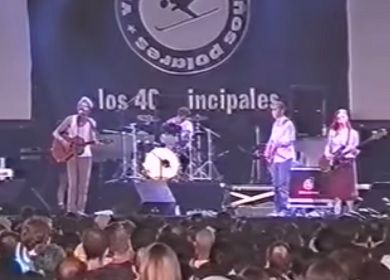