It is still vivid and memorable to my mind that time (one and only, unluckily) I saw Stereolab performing live in Italy, exactly in Urbino, at Fortezza Albornoz, August 2002.
So fucking perfect, emotionally and sonic-ally.
So, it was kind a strange to me, to see again, finally after all these years, Laetitia Sadier on stage, this time 'solo', in Rome, at Monk Club - a venue I did not step in, since it was still called LaPalma.
No need to say how much of Stereolab there's in her solo music. And, as a trio (bassist - I can't find his name, - and the talented multinstrumentalist drummer Emmanuel Mario), they were not exactly an orchestra, but, the sensual, hypnotic vibe was still on, lush and ethereal, even in the 'spare' three-piece formula.
About 60 people as audience, I think. Not random people, we were all fans. There were more people outside in the garden, for a private birthday party, but, you know, this is Rome. It sucks.
The Sadier trio performed most songs of Silencio and Something Shines, besides the beautiful track Laetitia wrote with Giorgio Tuma, Through Your Hands Love Can Shine.
Handling her black/white Mustang Fender, - which she oddly plays left-handed but with the chords placed like for a right-handed, - a few gears such as a Space Echo pedal, tremolo and a light fuzz, - with her band, she tingles the crepuscular, melancholy tones of several tuneful harmonies, with a sip of that revolutionary feeling she's well known for. The Rule of the Game, Echo Port, Life Is Winning - they well sum that up.
At the end of their show I grabbed the last vinyl LP she had of Silencio. I said to her 'thank you for all of your music', she replied 'thanks to you for having a good ear'. 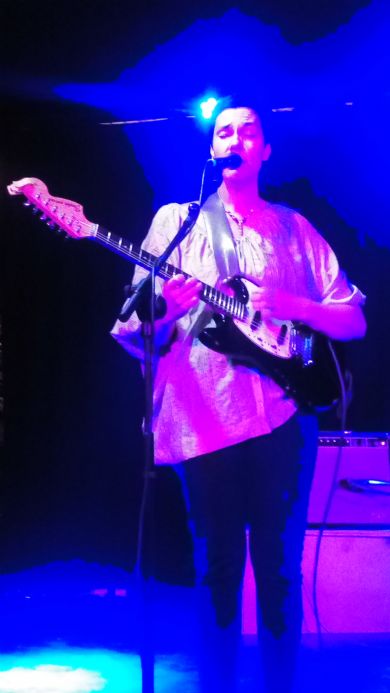 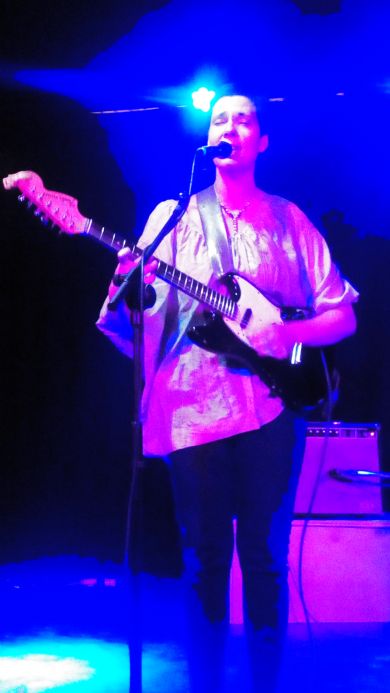 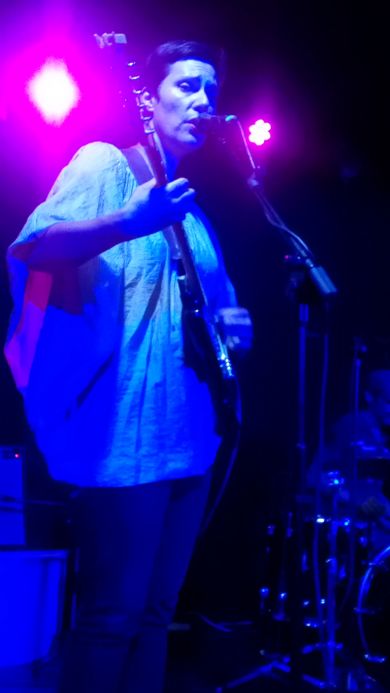 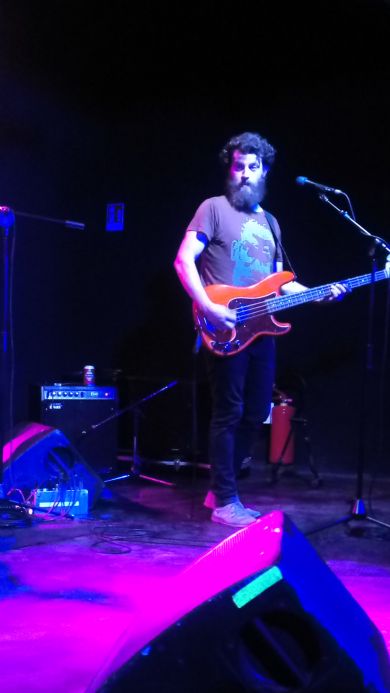 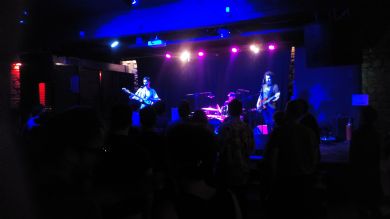 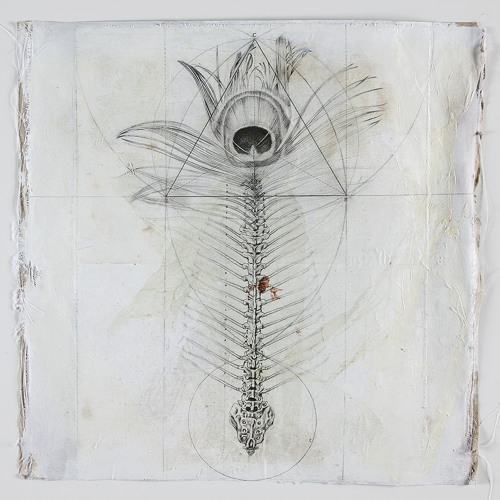 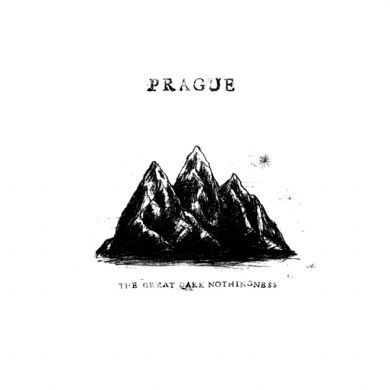