Originally from Siracusa, Sicily, Italy, this time, Mashrooms did recordings, mixing and mastering in Berlin. Their fourth full length release, Balena (italian word for "Whale"): the five piece ensemble, wait, 'independent rock orchestra', confirms a blend of post rock aesthetics, trumpet, piano, and other string instruments, where strident violins and grave cello are conceived with a lead role where there are no leaders. Their trademark.
Nine tracks, - almost fully instrumental, never aggressive or too shifting, even when it's The Daughter Of The Beast to play, or the more classic, tuneful math-rock formula of Ringbahn, a narrative they are well cemented with, in a 14 years activity.
Succesfully crowd-funded,  Telefono Rotto is probably the more powerful and talkative piece of the tracklist so far: a vortex of splintering sounds, highly cinematic, with bitterness and poetry, which are the huge backdrops, sea beds, where their Balena is swimming through. A night on the ship, Employee No. 1 is probably their closest thing to step into a theater more than in a rock club to perform a live show. I don't think there's too much to add: the tracklist has no surprises, the book is exactly as the cover shows: if they aspired to be evocative through a mitigated turbulence of melodramatic consonance and dissonance, they reached the point since the very first title.
The ocean of post-rock is full of fish, but whales - a few left, - are not fish. 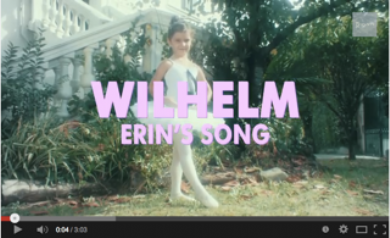