Again, my love for Peter Kernel is unconditioned, - they gained that, - yet, it's still so easy to say, because they keep on releasing Good Music. And, there, Thrill Addict is a new dose of their special drug, providing more and more eargasms.
I pre-ordered their double 12'' vinyl disc. Bigger is better.
Luckly, the pre-order features a digital download to preview their third work. This new year in Music couldn't start any better.
Personally, I think that ASMR is total bullshit, - I think good Music gives already the best neurotic/auditory euphoria you can get through your own ears. Something metaphysical through the physical.
If only you have good taste for Music, sure. PK's Ecstatic is exactly in that position. And later, You're flawless. Truly a brain massage, although, lacking of the soft-spoken intonation, a brain massage went wrong, actually, such it goes swirling and twirling, the kick drum beats straight, obsessive, - his/her vocal played one another is pure bitterness.
Aris Bassetti and Barbara Lehnhoff, the core members of Peter Kernel's alias, keep feeding a disturbing misophonia, their listener is actually a thrill addict, addicted to these vibes of a ferocious oxymoron of intense nihilism (High Fever, Your Party Sucks). A fierce touch, hardly sedated, like with Majestic Faya. Non-consciously seduced, Barbara turns from whispering into a Mistress, she controls the activity you're in, once you get the earplugs and press play. The sick, bending notes of Aris' guitars and the percussive beat make the rest of this tease and denial. Until you ask to Keep it Slow: probably their hidden hit here, such it's - you'll need to play this track twice. And the lights finally turn out over They Stole the Sun. You still want to dance to this tune, such it's quietly fed with a beautiful crescendo and vocal chorus.
Noise pop and drums frenzy galore with I Kinda Like It. An unpredictable writing. Still, so intimately infectious.
The end comes with the funeral bass line and pace of Tears Don't Fall In Space, pretty epic title, isn't it? 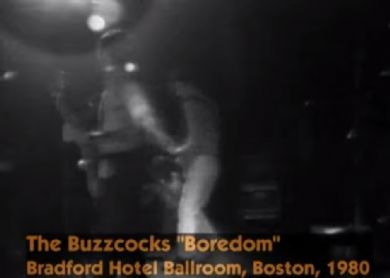 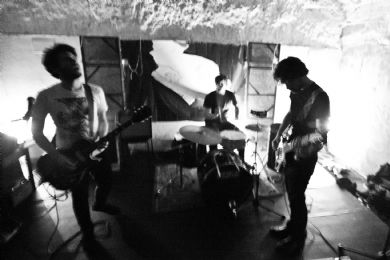