Famous child psychologist Bruno Bettelheim used to say that in most of classic fairy tales you won't find first names for the protagonists, this, to avoid the identification between the children and the various characters.
But then it happens that some night your kids will ask you how they're really called - for real - Little Red Riding Hood and then you realize that more than reading books on how to interpret the stories, the important thing is always to have time to tell them entirely.
Similarly, Alvvays are the classic group that more than make you ask the question of what kind of Music they play, they make you want to listen to it and nothing else, without worrying of how a record store would tag them, if under alternative (Adult Diversion) or twee surf (Archie Marry me).
And their case gets even more troubled, because their disturbed and unstable pop music which so characterizes them, it has really many facets and contradictions. The most surprising aspect is how Molly Rankin and the others at the same time are able to embark on killer tunes while showing a kind of newbies's embarrassment, a sort of beginners luck, if you prefer.
The attitude is similar to Camera Obscura or Vivian Girls, but more as if everything was under a mood that has been forged by going randomly to some particular DJ sets, more than for a conscious artistic choice.
In some ways they reminded us of even of The Pastels' recent new record, but with a hair less sociopath, and more willing to go out at night.
We can not refrain from saying that the singer is irresistible, not just because of her white skin, white as one of the Sex Pistols, but for her habit of nice mock nerd. What Sofia Coppola would not be ever able to be, even if she did not fear to wear shorts, or she stopped to think that the villas of Beverly Hills were the center of the world. 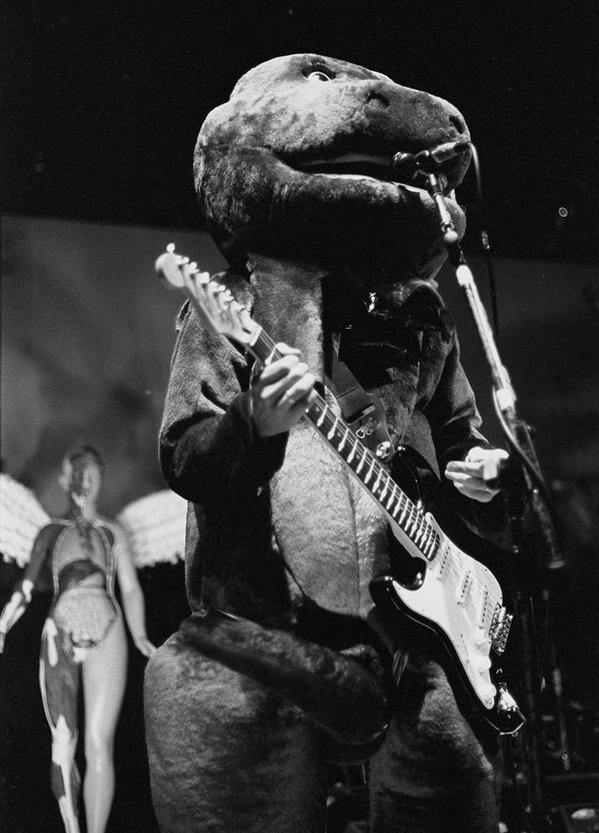 Nirvana - as Barney the Dinosaur Varie
Previously, on komakino fanzine, about 'Alvvays':