Oh, I really loved Les ondes silencieuses, years ago, so lenitive and meditative, that kind of Music I need now and then to close my eyes.. and see..
So, I was frankly happy when I finally found in my hands The Weighing of the Heart,  Cécile Schott aka Colleen's fourth album, after a six years hiatus, though, since I got it one year later its release. It's never too late with such a beautiful record like this.
And, as you see the below picture I took, her new record has a particular package, - it looks almost shaped for like a 45 rpm, but it's not, it is a CD inside a booklet (there's also a 180gr vinyl version), almost an Art-fanzine, truly a lovely piece, especially for collectors, - I stil have to decide if I'll place it among my CDs or straight stored in my bookcase.
Eleven tracks, eleven suites of whispered, soothing vocals, seraphical and experimenting at the same time with several unusual instruments such as violas de gamba, tar, burmese bells (!), indian ankle bells, etc besides some more classical, like guitar, piano, organ, and minimal percussions, - a cradle of sounds which elevate the listener's spirit to a mesmeric state of renewed consciousness (Break Away, The Moon Like a Bell).
Humming fields is a stunning, disarming piece of Music: rhythmically delicate and percussive, chiming bells and dreamy drumming. Raven and Going Forth by Day have two writings utterly dramatic, bass viola da gamba and vocals, so sensitively ethereal, if possible. Moonlit Sky is gently contemplative, guitar and clarinetto, the holy finale with the organ: an overwhelming quiet wonder.
The album's self-title track comes at the end of a hearty tracklist, treble viola da gamba, her voice, simply a splendid ending. Time to relisten again to this record. 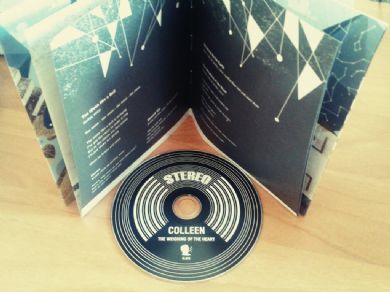 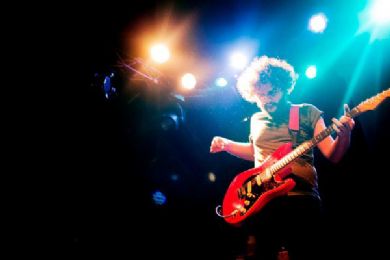