What a beautiful night. In the very last days the weather acted pretty moody in Rome, with random heavy storms, and Villa Ada, the second largest green park in Rome, - location for Buzzcocks' gig, would have eventually been exposed, tragically.
I'm sure they had ready a plan B, a just in case. Anyway, we have been lucky. I could not miss on this show, not again, Buzzcocks hit Rome already twice, as far as I can remember (for sure, in 2010 at Circolo degli Artisti, then, march 2012 for the band, at Traffic Club, and again, same venue for Steve Diggle's solo gig in 2013): those times I could not make it. (Youtube tells me also in 2001, at Forte Prenestino)
Villa Ada is ten minutes far from my place, so, I felt home, a couple of weeks before I was right there with my baby girl at the lake, throwing bread to fish, - this artificial lake is full of fatty catfish and turtles, - I am sure this time they enjoyed the revival punk vibe of this night.
Introduced by Gianluca Polverari DJ set, the place is already pretty crowded, and the audience starts getting closer and closer to the stage; - their show was within a Summer festival, called Roma incontra il mondo, at its 21st edition (oh dear!), going on for all the month of July, so the place was filled with stalls for gelato, pizza and beer, though, I refused to pay 5 euro for a Peroni. Are you kidding me?
Later, Danny Farrant finishes the setup of his drum kit while there's Sid Vicious' version of My Way playing on, still a few minutes, and Pete Shelley, Steve Diggle and bassist Chris Remmington reach him on stage, one two three four and they play Boredom: it's a timeless instant winner, people sing along, and under the stage, the pogo, the mosh pit.
The whole night was a greatest-hits from their early years, I expected to hear something from the new record, but, no. And no merchandise.
Steve Diggle is a prima donna, white dressed, jumping left and right (than I was expecting to see him dancing like Angus Young soon or later), posing with his Telecaster; his Marshall head/cab is covered with a UK banner, with his name and peace symbol on: he's indeed the Keith Richards of punk music, he's a living legend, - probably underrated - and he knows that; there's a very good interview with him at Music-illuminati, where he talks about Buzzcocks' early big time, touring with Joy Division, and, a bunch of other icons and twenty years later, with Nirvana. Give it a read, it's a must. Brilliant interview.
Pete Shelley's voice is unmistakably distinctive, high pitched, smartly harsh, and he seems truly a funny man (his eyes rised to heaven during Boredom's guitar solo were priceless, also, watch this interview): it is like if, while Steve is still running the wave of success, Pete is at his ease, he enjoys it, with irony, and leaves the stage to his long time friend. And their show went fucking smooth and adrenaline, blazing, crowd surfing included.
It follows - not sure if in order - Fast cars, I don't mind, Autonomy, Get on your Own (not sure, did I dream it?), When Love turns around (it's a winning single track so far, but still, I can't really be that fonded with the tracks from Trade Test Transmission - I remember I sold my copy in the 90s), Fiction romance, Why She's a Girl from the Chainstore, Moving Away From The Pulsebeat (where Farrant did not let down any die-hard fan of their original drummer John Maher), Noise annoys, Breakdown (!), What Ever Happened To?, Ever Fallen In Love (With Someone You Shouldn't've), Promises, Love You More, What do I get, - and as encores, Harmony in my head, Orgasm Addict and Oh Shit.
Pete and Steve alternates to the mic, they still have such a genuine energy to share, and for sure, the horsepower of the two younger bandmates help to add some needed velocity. I did not know they had such a fan base in Rome. Young people too, many wearing Buzzcocks t-shirts, and so on, aged people, where, some grown-up punk families brought their children along (punk in the head, not in the crust / punk nella testa, non nella cresta): I'm sure that has been an experience for those kids. I should have brought mine. 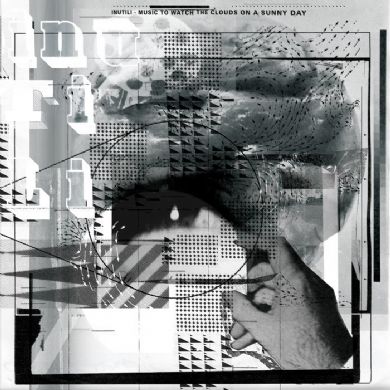 Inutili - Music to watch the clouds on a sunny day  Review
More blah blah about 'Buzzcocks':

Actually there are other 1 articles tagged 'Buzzcocks' here, check it out!