Adam Franklin was in town a couple of days ago. Travelling solo Italy, by train, for a handful of gigs down here.
His first time solo here, since the touring with Sophia in 2007. Unfortunately, not enough (deserved) people to attend the show, - not exactly a surprise in this bloody town - but, the few who were there, for sure, they were afeçionados and showed him some love.
Franklin's show started late, oh my, around 11.30pm.
On the stage floor, a short chain of reverb/delay pedals, Boss loop station, then a Vox AC30, and his trusted Jazzmaster, - still the self-same guitar since his early times with Swervedriver. He told me, friendly, there's a chance they will tour Italy next year, as their new record is ready. Can't wait.
Some guys were playing table football in the very next room, yelling and clapping for a goal, not giving a fuck of who was behind the corner, right while Adam was playing his first song, The Hitcher: you beasts, go to the oratory to play football, not there during a live act. Again, what's wrong with this town?
The whole set was pretty intimate, sometimes even whispered, - for sure not that kind of frenzy energy you'll get from a Swervedriver reunion - but, from Juggernaut Rides to Asha (my favorite piece from his latest LP Black Horses), and, as far as I can remeber, She's Closer Than I've Ever Been, Birdsong, Guernica, all was pretty hypnotic and delicate.
Plus, a very own version of The Velvet Underground's The Black Angel's Death Song, No Direction (from his side-project Magnetic Morning with Sam Fogarino of Interpol), and three epic songs from Swervedriver era, Sci-Flyer, Last Train To Satansville (thank you MatSch!) and - offered as last track - Duel, which vechicled its original infectious vibe with 13 mins of sedated, hypnagogic charm, and a long drone-stardust (see vids). So, see ya in 2015, pal. 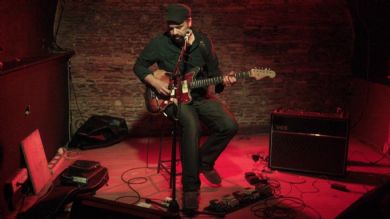 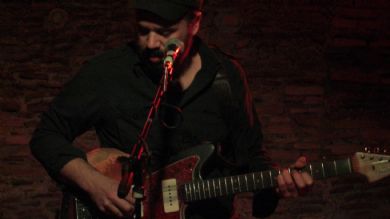 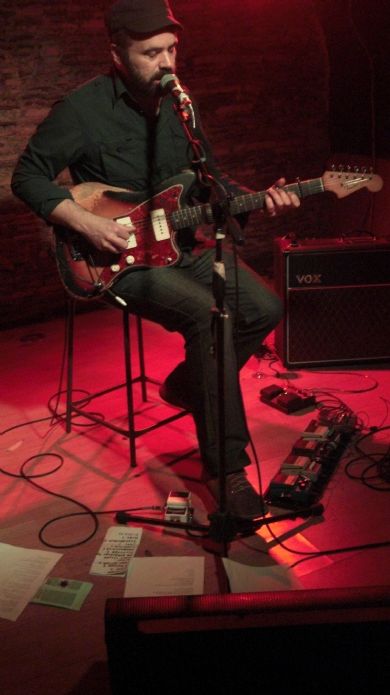 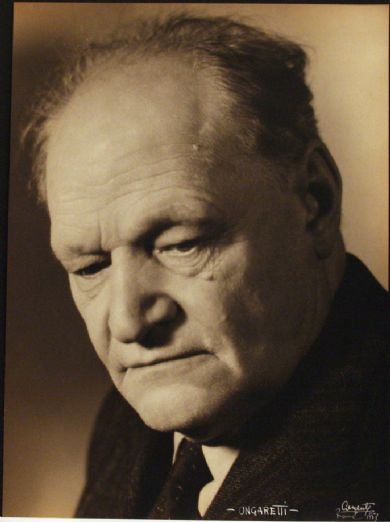