"You'll never hear surf music again," is a very famous line from "Third Stone From the Sun," from Jimi Hendrix's debut album Are You Experienced (1967). [..] Hendrix wrote the words in tribute to one of his heroes, "The King of Surf Guitar," Dick Dale. [via] Jimi is dead. Dick is still alive.
Said that, you must have attitude, if you decide to release a surf music record in December. That's what Alwaro Negro did, from Latina's shores (near Rome, morons), a four piece band whose I lost track a decade ago.
Holy shit. Time goes by, but they are still on the same parallel of a californian beach, the Sun is still up, red painted through the warm shades of their two guitars, in the classic formula with drums and bass, - an all-instro sound palette, wisely used.
The band's name track is loaded with precise percussions, guitars on tremolo and groovy bass lines, infectious noir nuances of rock'n'roll and garage hooks. Spring reverb galore. Summer twangy reverb, actually.
The right speed and dancefloor momentum has reached with What Remains Of A Hit Single, I think. Beautiful guitars interlace. Hard to stand still.
They should be on heavy rotation on North Sea Surf Radio, El Hoyo Negro, as embodied by the album's title track, has got the right pulse to be fully enjoyable and adrenalinic.
read less
read more 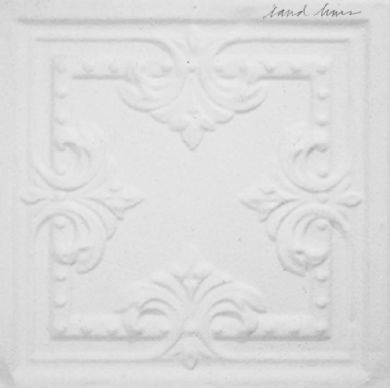 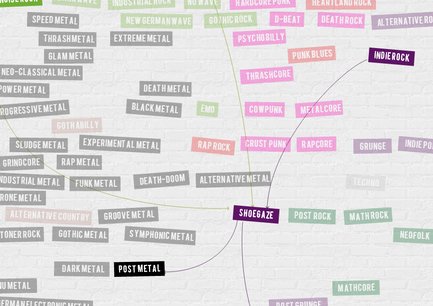 100 years of Rock Visualized - From Gospel to Grunge Varie
Previously, on komakino fanzine, about 'Alwaro Negro':