It was 2009 when I discovered Ben Sheppard's band Uzi & Ari.
The very same night I went to their show in Rome.
An amazing show, I still have good vibrations from that group of 6 people, - something which inspired me indeed.
Later that night, I bought Headworms CD, and it is still one of my favorite records so far, for the last decade.
So, it made my day when I've read weeks ago, they had scheduled (also) a gig in Rome, even because, I had read on wiki Uzi & Ari disbanded last year; and actually, they did: I mean, from that amazing line-up, only Shepard is still on the ship. On stage, there are now a new violinist, and a new drummer.
No new record to promote, although, Shepard sold me the vinyl of It is Freezing Out (Own Records - 2006) as the newest one. I did not care, it could be also from a thousand years before, I was happy to pay it 10 euro and bring it safe home to my turntable.
I won't spend much words on the two local opening acts.
Not my cup of tea, although we reviewed positively Trees take life's demo years ago, here. My sensation was they are still exactly where they were with that EP. Nothing has changed, or grown. Both, boring. My useless opinion.
Back to Uzi & Ari, sadly, we were like a small crowd of not more than 30 people.
What is wrong with this town, I can hardly explain.
Again.
Who is to blame?
The bad promotion?
The wrong venue?
The wrong opening acts?
The wrong people.
The wrong town, where you can hardly think to go to work and hope to have the strength to go to a live show planned for MIDNIGHT.
Fucking hell, MIDNIGHT??
I have to be in office for 9 am, from Monday to Friday, and I am lucky it is not far from my home.
I recall, in 2009, it was the same, I still remember Shepard, asking to the audience, from the mic, 'is there here anyone who has to be at work at eight tomorrow morning? what are you doing here, people?'
My answer would not change: I am here for my dose of Good Music.
And I had it.
But I have not explanations for the absence of the average indie geek.
Though, I must confess, that, the vibrating sense of creative communion that I felt in that 2009 line-up was not there, yesterday night. They were all perfectly tuned each other. Blissfully. Some use to hug their instruments, too.
Don't misunderstand me. The new guys are talented, for sure, and I am over the pre-recorded basis on laptop (bass, included), but it was different. Differently beautiful.
The three performed several songs from Headworms, from Papercuts to Wolf eggs (everyone's favorite!), plus Mountain / Molehill, and more I could not recognize. Ben Shepard's voice is poignant, dramatic, lyrically poetic. He interlaces his guitar riffs on a Line 6 Delay pedal, and a light distorted saturation, and the sound pattern grows charming.
When, as first encore, he performed a solo, guitar and vocals, it was pure talent (and, I guess, an unreleased new song). Uzi & Ari is his solo project, btw. And later, when for the last song, the three played their song with no pre-recorded tracks, it was utterly genuine.
The few of us standing, seemed to really enjoy their magic. Hopefully to see them again asap, with a full band, maybe? 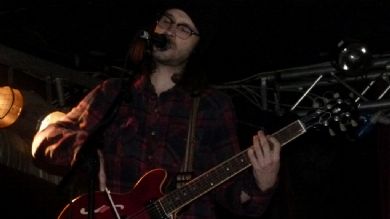 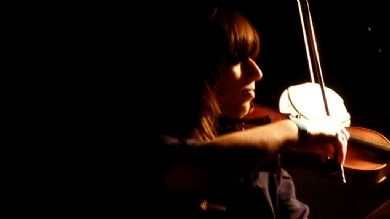 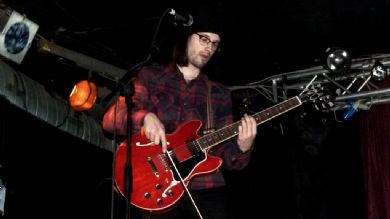 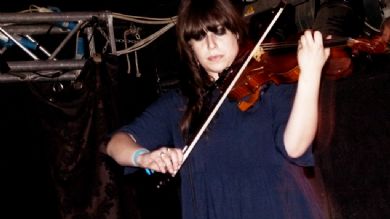 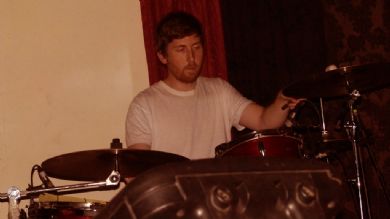 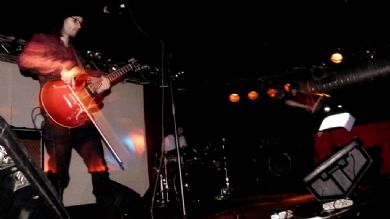 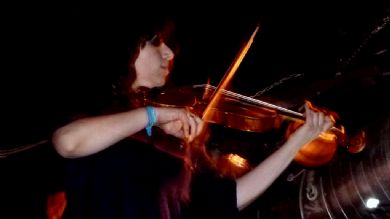 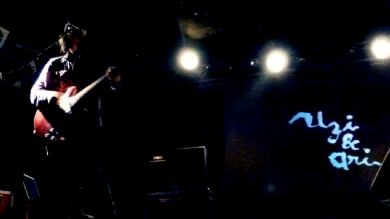 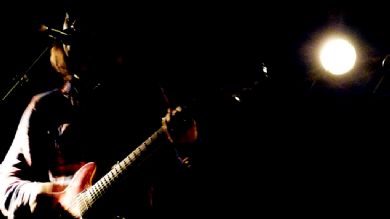 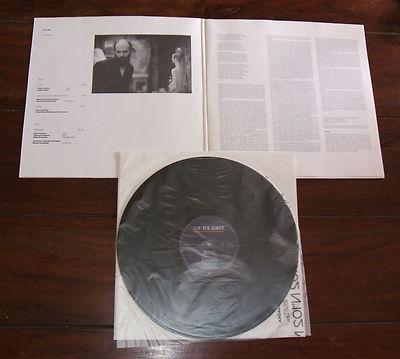 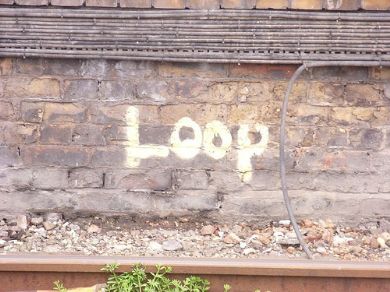