I love Zac Pennington's creature, Parenthetical Girls.
And it's years, now, notwistanding several line-up changes, he doesn't miss the point.
And I can say I witnessed their evolution along these years, records and live on stage, I mean (this was their fourth show in Rome, see previous live reports), going from the toy drum and toy keys til the current Sideshow Bob-drummer (kickass drummer, Paul Alcott). I can say that, while a record like Safe as Houses (2006) was imbued with pain, pure inner pain on a carousel, later, Entanglements (2008) was a more operatic/theatrical cut of baroque, and now, their EPs box, Privilege (Abridged) has got a different strength loaded with danceable tracks, rooted into 80's birtish electropop darkness.
Talented Rachel Jensen is no more among a Parenthetical Girl (since 2011, wiki says), while there is a new (to me) keyboard player, Amber W Smith, who is behind the beautiful cover portraits, and a new guitarist (no idea of his name, my apologies), the only in charge for guitar now (I remember Zac used to play it on stage, here and there).
All perfectly dressed, if You allow me. Interpol's precise obsession for new-wave dress code, you know, they would be amazed of Parenthetical Girls' classy outfit. (And, if you give a look to the excerpt I filmed here below, You'll learn how to fold a jacket with class.)
I've arrived to the venue just one second before they were ending their first song, Love Connection, pt. II (am I right?). Zac then thanked 'all the 7 people' making the audience (9, plus me and my bittersweet beloved half): that was self-ungenerous, there was like 30/35 persons at the beginning, and later I guess it topped to 60/70, I think. Though, I believe that most of these ladies&gens didn't know them at all.
Then they performed just Song for Ellie Greenwich from Entanglements. Then, from the sick r'n'r' march of The Pornographer, to the synthpop killing beats of Young Throats, Zac can't stand still, he jumps from the stage to the bar counter, with a 10mt long cable for his vox mic, a long umbilical cord that the audience try not to step on, all mesemerised by his non-stage presence. He is a prima donna, no doubt about that. Ending often on the ground like a passive-aggressive Iggy Pop.
After the last song, a cover of a Manchester band, my bad, I didn't recognize the song.. any help?..  Zac switched directly from the concert hall to the merchandise.
That night, anyway, they were the opening act for The Courteneers, frankly, not my cup of tea, - so, they got only about a 40 minutes set.. so I ran back home as their show was over, after grabbing my copy of Privilege (Abridged) and a tshirt, - and there was a little queue at the banquet of merchandise. 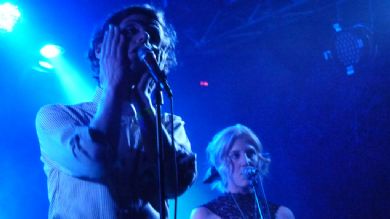 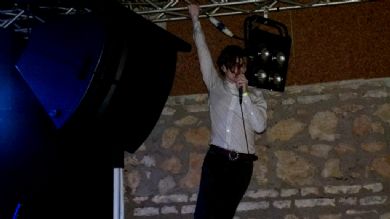 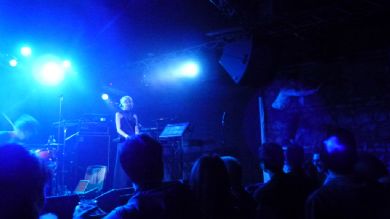 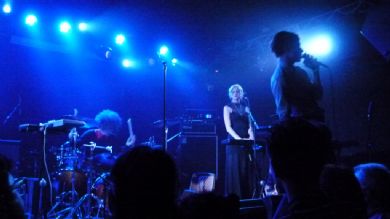 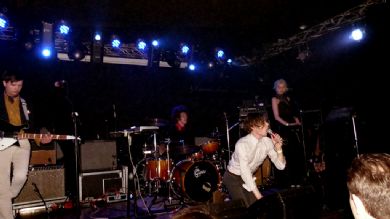 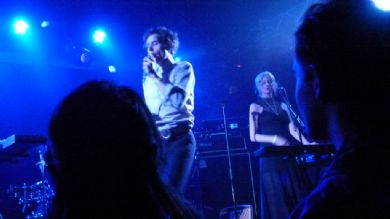 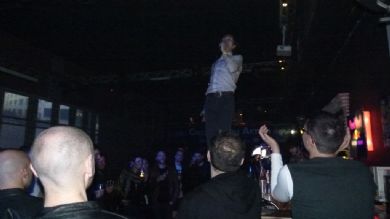 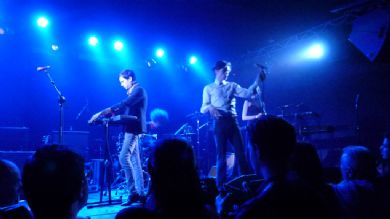 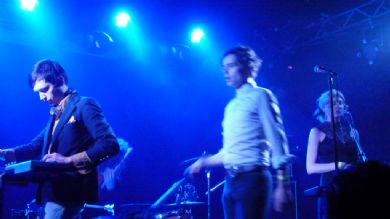 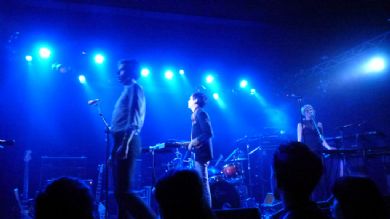 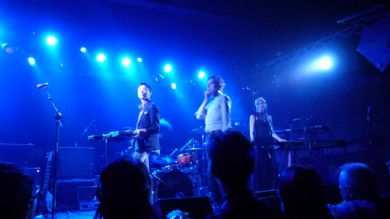 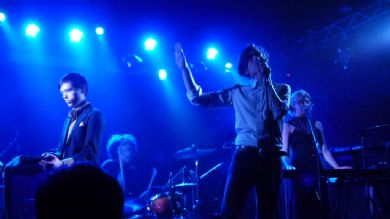 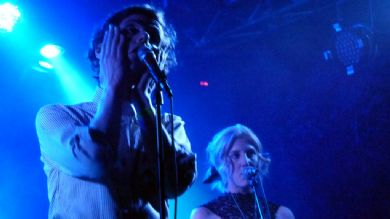 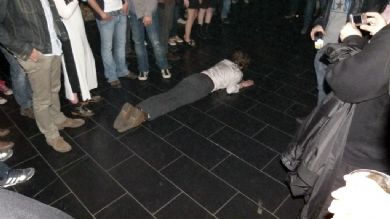 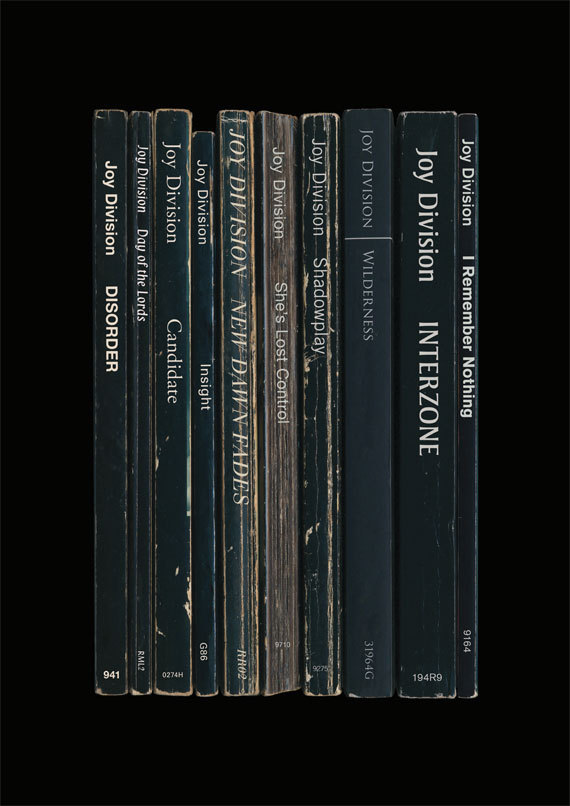