If you're having a good day, now wipe that stupid-ass smile off your face.
Seventh recording of Israel Martínez, my first time, frankly.
Mexican sound artist, truly an explorer for sense of hearing, using the fragmented amplification of field recordings, harsh noise and the dark matter of other analog devices.
As introduced by the notes of his digipack, this work tends to capture a visionary prospective of the deep violence crisis Mexico is in, a war with poles such as crime, police and military, something mainly affecting innocent people. Actually, a strong sense of abandon and tension is vivid along all of the tracks. He sourly pictures the dramatic abstractness of a desert land, filled with invisible people (piece #1, Borrados, 'erased') and obscure bitterness hardly washed away by water currents (Bohemia).
A vortex of chirping birds and pesky, storming flies, all burned under the flaming Sun of synths and altered buzzing drones: for sure, the album's concept enforces and highlights the strength and frenziness of sounds.
read less
read more 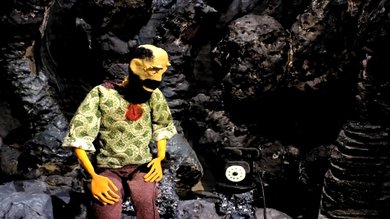 Manuok - Count On Us Varie
Previously, on komakino fanzine, about 'Israel Martinez':