My Bloody Valentine - pardon me, lowered case as requested, - a my bloody valentine's live show is a good excuse to book a flight and spend some days in London. Actually, the previous time I visited Elizabeth, it was right after spending some days in Scotland for mbv's reunion gig in Glasgow (2008, ladies and gentlemens, live rep here).
Outside the Hammersmith Apollo there was a handful of yelling folks offering the last tickets left, for a very, very special price.. a police officer, checking out if I am one of those gents after he saw me collecting my tickets, would tell me that some of them are undercover policemen, others are true touts, whose some are selling false or stolen tickets. But the police officer decided to check on me, not on them, and he also starts asking me if I know the name of the band scheduled that night, if I can even mention the name of some songs, why not.. I was afraid he was going to ask me to sing them too. Luckly for everyone, it didn't occur. The related Law in UK speaks for itself.
I have no idea of how Le Volume Courbe would sound like (live). Later, I wasted most time queuing for a red ticket to drop my bag. Though, I heard mixed opinions about them, especially for the show of the former night, they had technical issues. Anyway, looks like Kevin really like them/her, since they were the opening act for mbv in London years ago.
This time I didn't shoot any photo or video, I just wanted to enjoy the show. The average age of the audience was pretty low around me. I also saw some parents with teens, chapeau mommy and daddy.
After a long stand waiting, background served with country and psych folk music, ours get finally on stage, a stage filled with a wall of specular amplifiers, heads and cabinets. Bilinda and Deb looked like dressed for an elegant night out. Not less, mr Kevin. 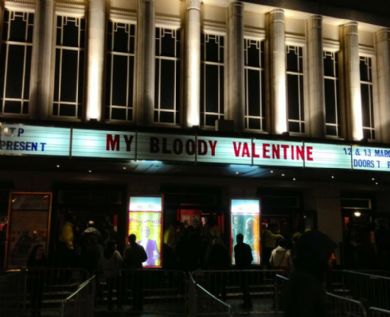 They start the show performing I Only Said, - voices were preposterously audible, almost impossible to hear from my position (in front of the stage, 5th line, more or less), - and in the meanwhile I got drifted into their sound, I couldn't but ask myself why the fifth member at side stage, the girl playing keys and guitar, occasionally backing vocals too (also Deb had a microphone.. I mean, 4 vox mics to hear almost.. nothing?): Jen Macro, from Something beginning with L. - I mean, I'm sure Kevin has got his reasons for that (she performed on the new songs and those from Loveless with keys).
No, I did not use the earplugs this time. I'm sure that, respect to Glasgow's show of 2008, volumes and sound impact was pretty lower. Or maybe I'm definitely deaf now.
The show went on fire on Thorn, Nothing Much To Lose, the kickass rollings of Feed Me with Your Kiss (Colm kicks ass), and the burning holocaust of You Made me Realize (I remembered it longer in Glasgow).. I believe that Kevin will never be able to properly reproduce the guitar solo of Honey Power (which brought Colm to a bit of confusion near the end of the song), as well as for Come in alone.
New You sounded pretty sexy live, while for Only Tomorrow I had like the confirm for the doubt I have each time I hear it on disc, that is, it sounds like incomplete.
I particularly liked Cigarette in your bed, though I didn't recognized it in the very beginning.
The audience was like a stone (not stoned, but like a stone), even Kevin noticed and told 'you look like a japanese audience'. I guess that was what he meant (in Glasgow I nearly had a fight for dancing like splinters). Not a talkative guy. Belinda said hello with her hand, seemed pretty flattered. Not a talkative band. And it looked like the traid fair of Jaguar and Jazzmaster guitars - an enviable collection.
For the last song, Wonder 2, I dreamed that Colm would have played that crazy jungle drums pattern: no, stepped off the drum kit, he embraced a guitar, and the drum machine was on..
No encores. At the end of the show, I was pretty sorry for myself 'cause I didn't make it to see them even the night before.
Photos courtesy/by M. Poloni.
Tracklist:
1. I Only Said
2. When You Sleep
3. New You
4. You Never Should
5. Honey Power
6. Cigarette in Your Bed
7. Only Tomorrow
8. Come in Alone
9. Only Shallow
10. Thorn
11. Nothing Much to Lose
12. To Here Knows When
13. Slow
14. Soon
15. Feed Me With Your Kiss
16. You Made Me Realise
17. Wonder 2 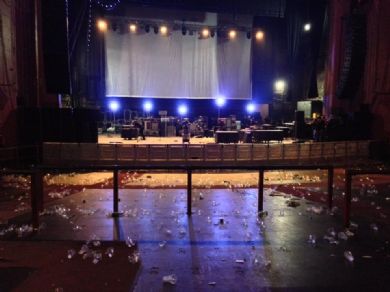 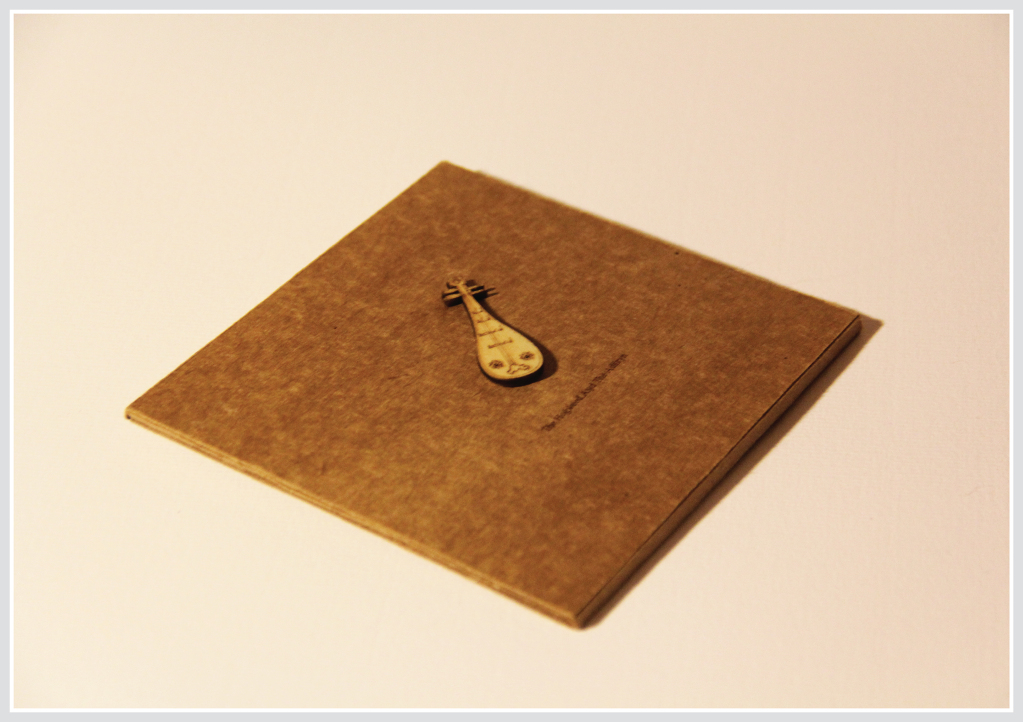 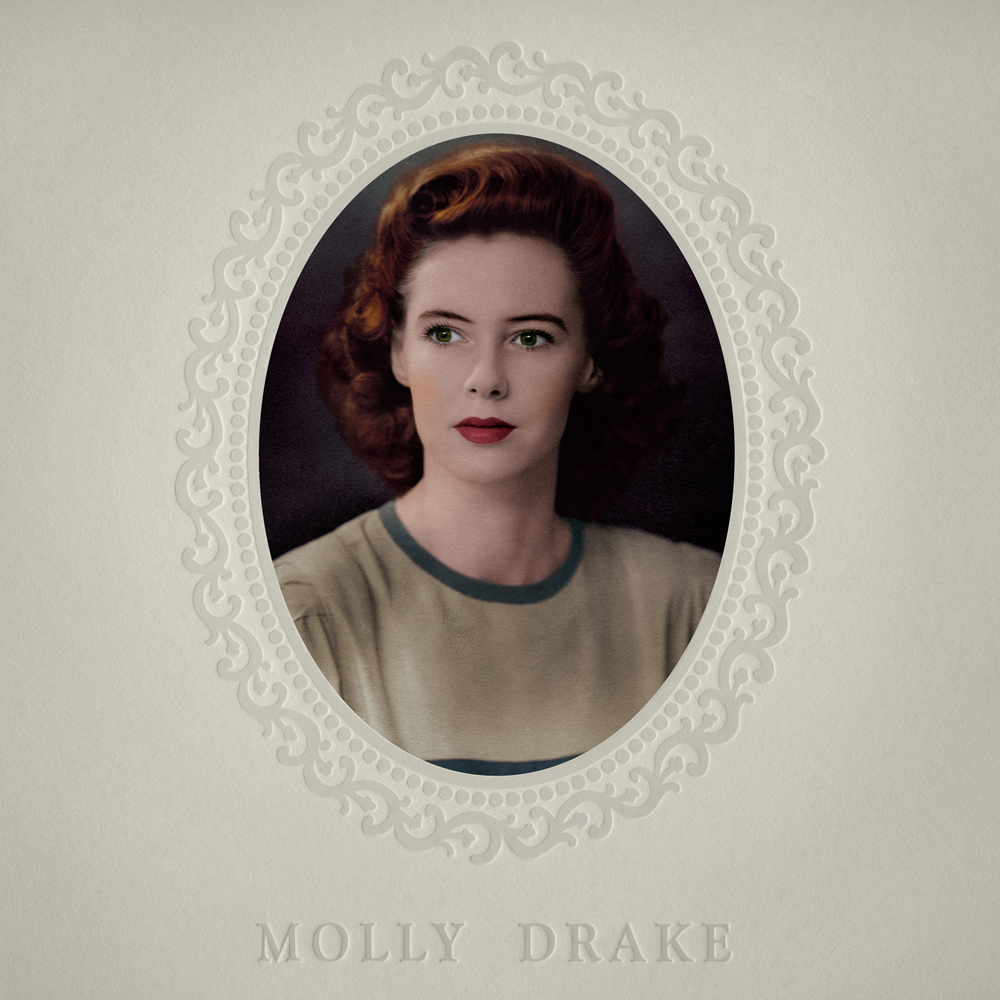 Actually there are other 34 articles tagged 'My Bloody Valentine' here, check it out!