I don't know, I have mixed feelings for people making drone Music. It's always a pleasant trip to jump into, to get some hypnosis and trascendental cut.. yet, sometimes it is like these people are deliberately having fun of you, producing something so easy in their unity (though you're going to read it's a living cradle of micro sounds, synths, electronics, tapes and whatever). Here's Deison, Cristiano Deison, - not exactly a newbee (excellent names in his CV, from mr Moore to KK Null): his debut on our beloved experimental record label Aagoo is clearly conceptual. Quiet rooms, their ghosts, their humming presence. Deison has been sitting in four hotels rooms, spending prelude times à la room 1408, exploring silence and field recordings. You can also hear a cell phone trilling on the first track. It is like he had left the water taps open while going out.. or maybe he just sit down a part, and lighted a smoke.. then let's add some long tremolo panning with phaser and let's sature some white noise before going out for dinner. I'm sure there's more in this impercetible planceta of sounds. And this kind of tickets for astral tripping are always glad to me, but, fuck, 48 minutes of up&down into the same curvatures of drone music.. maybe there's too much of this kind of meditative, minimally-shaped alienation-into-sound out there to be this a stand out record.. I mean: if you didn't know about the author, not a view to the  (cool) artwork cover (by Bas Mantel), and no idea about the haunted-room thing.. Just a buzz. I say this of this record as I can tell it of a bunch of others. Told you.. mixed feelings. 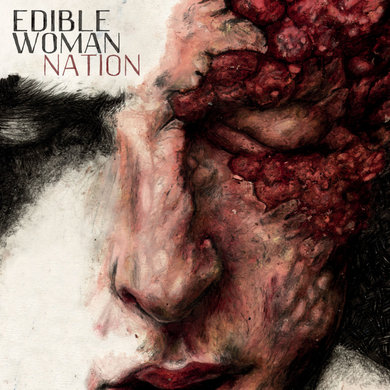