Rome often sucks. Wait, I mean, most people, young and older, down here, are a big lazy ass which doesn't move a muscle to go to a gig in a not-so-popular-venue, especially if the band in subject is italian. And no matters if your band is fucking awesome. I'm speaking about Ka Mate Ka Ora.
I'm reading here and there in internet that there's a new* growing 'shoegaze' scene in italy, all with different facets (Be Forest and Brothers in Law, Thee Piatcions, In Her Eye, - just to cite a few) - I say new because there was previously also an old shoegaze wave. But there's not yet a proper hype for it.
So, last night, we were about 20 people, more or less, in front of our beloved Ka Mate Ka Ora. Dal Verme is a sort little warm hole of a venue, for alternative music, - the bar is upstair, and gigs in the basement (probably, a capacity of 50 people), a sort of rehearsal room (with no sound engineer), it's very diy, people are lovely there, but, fuck, 20 people for audience only is something depressing, - again, - especially with someone so good. I hate this town. I know, I didn't make my best to promote this show by this side, but I have a life out there, and lately, I'm not that after this fanzine. Okay, I said depressing, but, who gives a fuck, this kind of music inspires me to get back again to grab my guitar, dreaming of my own show in front of 15 people, if needed.
Ka Mate Ka Ora. Now with a fourth member, Lorenzo Cappelli (from Lola's Dead), one more guitar for their wall of sound, bathing their slow-core shoegaze formula through chorus efx and fuzzy distortions, one foot into Codeine (not for nothing, they perform their cover version of Cave In), one in Bardo Pond, - that's again my idea of their sound, and proven during their set. Most of songs from their latest record, the third, precisely, Violence, well performed with more two mics to enrich Stefano Venturini's vocal romance.. and you know what, when I was a kid, I used to forget home my camera's 35mm roll, and now, I am able to forget to load in the mini SD card for my bridge camera.. the same story again.. so I only had about 5mb of internal memory to make some horrible shoots here and there. Shoots of a great show, go and check their bandcamp page, - I love these guys, this was my first live show this year, thank you for that. 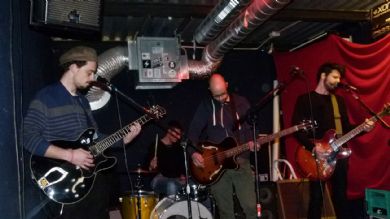 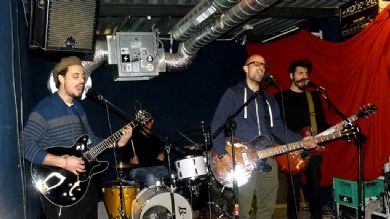 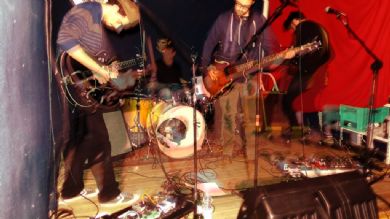 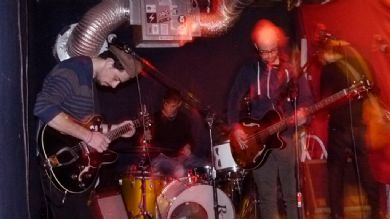 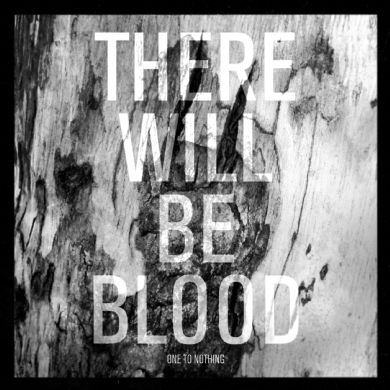 There Will be Blood - One To Nothing (Diddley EP)  Review

Wumo - This is your future Varie
Previously, on komakino fanzine, about 'Ka Mate Ka Ora':