This is from some years ago.
Still, damn good.
Zack Hill - about 23 yrs old then, - is terribly good at drumming. Fucking epileptic. Spencer Seim - guitar, even younger than Zack - is not less.
We're talking about two ace-in-what-they-are-ever-doing.
I'm talking.
When I don't want to think, via Music, I have two key music genres: drone music and Hella.
This record starts like an 8bit arcade videogame and then it fools you by going suddenly frantic, splintering, fast and crazy. Math rock tag does not fit with this, I think. I guess it's more something autistically math rock. It's more like solving algorithms while you're doing somersaults. No overdubbing, live recorded in studio, damn precise and ferocious. Just drums and electric guitar with spartan fuzz frills.
Brown Metal - I think - is the key to read / listen / feel this record. It beats you hard such it's percussive, it makes You want to take - if not drum sticks - spoons, pens, bottles, forks, whatever can beat the shit/sound of something - and here's your new hammering heartbeat. Then you'll go bananas with Cafeteria Bananas for more guitar fireworks.
If You still have warm blood inside of You.. be ready to enjoy it.

PS. There's also a Band from UK named after this record. Not the same illuminating, yet, worth a listen. 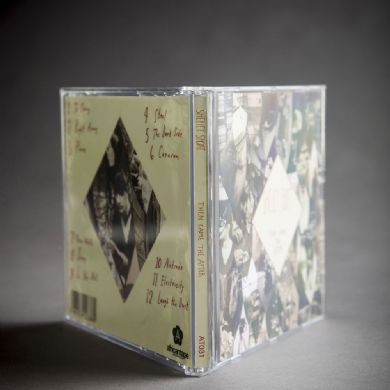 Shelley Short - Then Came the After  Review 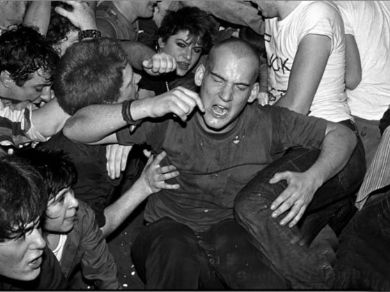 Salad Days - The Birth of Punk Rock in the Nation's Capital Varie
Previously, on komakino fanzine, about 'Hella':

Actually there are other 1 articles tagged 'Hella' here, check it out!