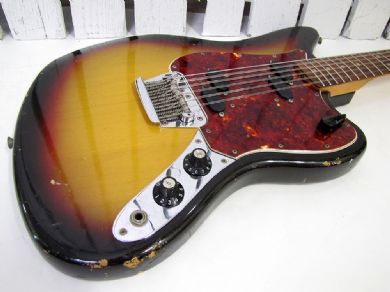 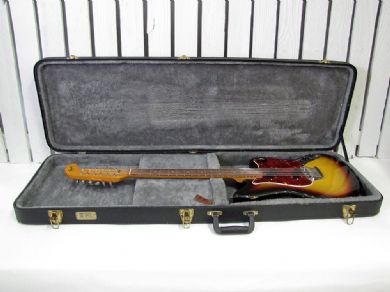 "The Fender Electric XII was a purpose-built 12-string electric guitar, designed for folk rockers. Instead of using a Stratocaster-body style, it used one similar to a Jaguar/Jazzmaster body style. It was also a departure from the typical "Stratocaster"-style headstock, instead featuring a long headstock nicknamed the "hockey-stick" headstock. The Electric XII used a unique split pickup design and had a 4 way pickup selector allowing for neck, neck & bridge in series, neck & bridge in parallel and bridge only options. It also used a string-through-body design similar to a Telecaster to help increase sustain. Designed by Leo Fender, the Fender Electric XII was introduced in late 1965 with the bulk of the production taking place in 1966 before it was discontinued around 1970." [> wiki]
read less
read more 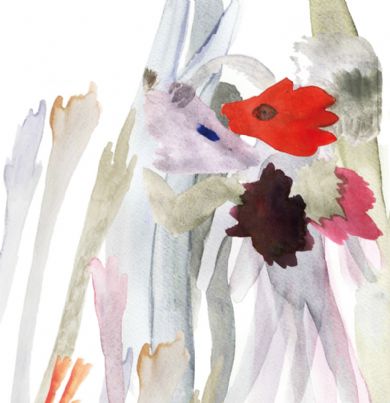 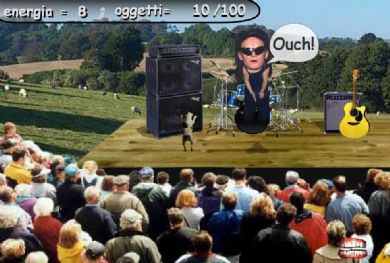