Oh, I love Julie Doiron. And I finally had the chance to see her performing live in Rome, seen she was touring with Shearwater.
Shearwater, actually not my cup of tea. Loads of radio FM energy. Good band, but not mine. But i'm sure that more than half the audience was there for them.
Anyway, blame on me, I'm arrived to the venue as Julie Doiron was already in the middle of her show. Oh shit.
Julie is natural intimacy as she touches her six string and starts singing with her special vocal timbre. But between each song, she won't save to tell funny anecdotes before throw you back into the finger picking of her electric guitar.
Then, as she decides to take off her pullover, she starts like blushing, because she only wears a black tank top. Hilarious.
As last track, she played Shady Lane (Pavement), helped out by some of Shearwater as backing band (filmed below). Great show. Natural talent.
Later I had a brief chat with Julie, she is very friendly. I bought her last album, I Can Wonder What You Did With Your Day (2009), I couldn't ask for more (actually, well, I could have ask to get there on time for her show).
As some guy have yelled from the audience, 'don't wait again 7 years to come back in Italy!' 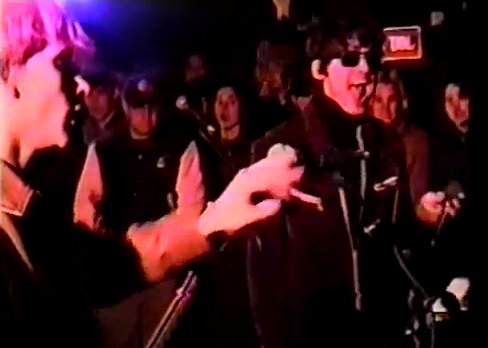 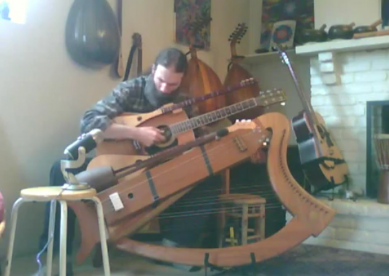