"Remko J. H. Scha [..]  made recordings of music which has been generated by motor-driven machines. One example of this type of music is his 1982 album of electric guitar music,"Machine Guitars", on which all guitars are played by mechanized saber saws, without human intervention. For the last track the guitar is played by an automated rotating wire brush."

UbU rocks out, once more. 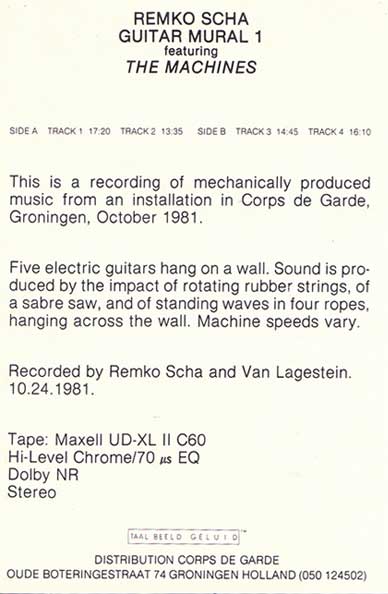