Dustin O'Halloran and Adam Wiltzie (from Stars Of The Lid, Dead Texan) together? Neoclassica meets symphonic shoegaze ambient, - sort of Eric Satie releasing stuff for Kranky rec..
And actually, for USA it'll be out on Kranky, - while, for the rest of us humans, on Erased Tapes records.

"On May 24th 2007, in Bologna, Italy, Adam was on tour and playing with the late Mark Linkous & his beloved Sparklehorse, on what would be their final european tour. That night Adam invited good friend and colleague Francesco Donadello to see the concert. Francesco's guest this evening was none other than the composer Dustin O'Halloran. Through a strange twist of backstage conversations surrounding passport cache conundrums, and love of italian gastronomy, a curious friendship began that now has brought forth an offspring of harmonic robitussinal compositions for the world to savour." [via]

The following preview sounds harmonically ecstatic. And more from the advanced album lookup, after the jump. 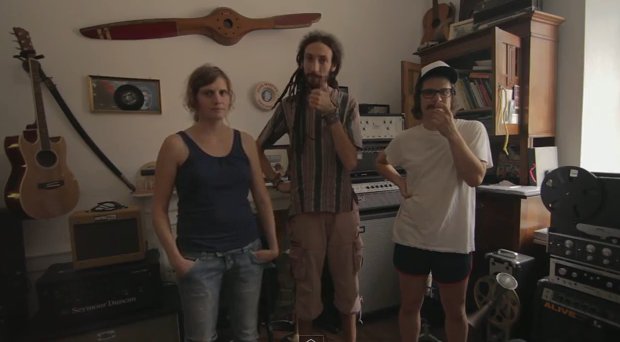