The alternative music venue dal verme is a friendly small hole filled with good beer and a trusty audience, settled in Pigneto, Roma.
You have to go downstair in the claustrophobic basement aka live music cellar only if you really love indie music. The bathroom is on the ground floor, you can't go wrong. I mean, this is underground music, and you actually go underground to hear it. That simple.
Last night two local bands supported Valerian Swing: Jarman and Crimen.
We already spent some words about both the groups, I believe they share some roots with Unwound's post-hc sound, the first, instrumental, the latter one, with the bassist singer, screamer.
Jarman performed four of the five songs of their EP coreleased with Blackrock rec, I can't say much more of their performance, two of them are very good friends of mine, I simply love their sound, maybe still something naive to fix, anyway they're often impressive as impact and also enthralling, just check the vids out.
About Crimen, this is the second time I see them live, - I have mixed feelings about their show, good (P.P Not Enough) and bad. They sound pretty better recorded.
It takes a while to Valerian Swing to start their set. Maybe because the drum kit is a sort of percussive sculpture more than a generic kit. Drummer David Ferretti beats a copper pot attached to an upside down iron chair, two floor toms, bass drum, snare, two layers of crash cymbals, ride. Since the very first movement of their tracklist, Ferretti turns in a sort of Kalika. Not less, their guitarist Stefano Villani set a new record of guitar pedals in Rome, too: loop stations galore, and a wide range of other gears.
They are principally an instrumental band, but Villani sings some lyrics on a couple of tracks. They reminded me of Laddio Bolocko, same neurosis, although the NY band was pretty free jazz-rooted, while Valerian Swing have a post-rock and post-hc sound shadow on their back. They recently signed to Magic Bullet rec (This Will Destroy You should be a coordinate for you), and going to release a new record next April, A Sailor Lost around the Earth, CD and LP. I bought the CD. Powerful, precise power, schizophrenically controlled.
They play together since they were 15, Ferretti told me, - no wonder they are such so cohesive.
No time for encores, they played Pleng for last, truly a hit. Their facebook page, here. 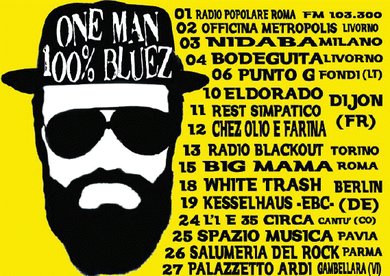 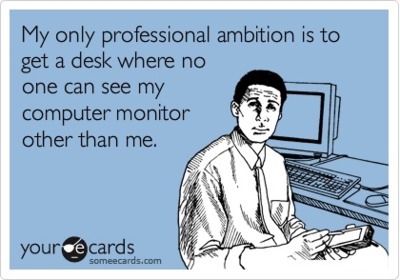 My only professional aspiration - to get a desk where no one can see my monitor other than me Varie
Previously, on komakino fanzine, about 'Valerian Swing':