Well, I wouldn't want to sound that material, but the hidden message and mystery of this psychic-country song, according to me, is right in these two lines..

Some 'technical' explanation from an interview with mr. Hazlewood, from The Loser's Lounge [> source]:

Lee Hazlewood: (laughs) In those days there was a lot of that kind of stuff

Interviewer: That's actually an interesting song. Because I had to learn it, I know how tricky it is. It switches tempos, and time signatures'

Lee Hazlewood: When I wrote it, I did it just for pure orneriness of the musicians, more than anything else. I said 'You see the ending here, it goes 4/4 into 3/4. Don't worry about it because I can cut it together. We'll do all the 4/4, then we'll do the 3/4.' Well, about half of them stood up very, very insulted They really came down on me heavy ''Who do you think we are?' and they were not happy. They just set up and played right through it. And I go, 'Okay, all right smartasses, then we'll do it your way.' Which I thought might happen. I got a lot of good music by pushing guys and doing stuff like that.

Interviewer: By challenging them?

Lee Hazlewood: Yeah, and I think some of them knew it, the ones that had been around me. Some of them really got a little bit 'insulted' that I would suggest that I'd have to cut together something as simple as that. But I'd say 'well, you never know'.

Interviewer: It was nice to know that you had the option.

Lee Hazlewood: I knew I could cut it together, but I didn't think I was gonna have to.

Interviewer: The strings on that song are so high, and ethereal. Is there some sort of special effect on them?

Lee Hazlewood: I had string players mostly from the LA Philharmonic. They got to like playing that goose-egg rock and roll, because they'd make so much money. They only thing they hated to do was that high string stuff. Actually, they didn't mind it. I made them stand up.

Lee Hazlewood: No string player likes to stand up to play 'cause he thinks he's playing fiddle if he does that. I'd say 'This is a stand-up part.' They'd be 'Oh, Lee, we don't wanna stand.' 'This is a stand-up part. It's out of sight. It's for dogs, and me. So guys,, stand up and go through this a couple of times.' And a lot of times I'd have them stand up and go through it twice (and record) and not tell 'em. So I'd have two tracks of them put together. And they'd be just that much different.'just an nth off. And I always thought that little nth made an interesting sound. Somebody thought 'you put stuff on that' and I said 'No, I just recorded 'em. I had the guys stand up. No secrets. You can come down and watch me stand 'em up. They hate me for it.' (laughs) [..]

Anyway, on this blog there is also an interesting close-up about Lee Hazlewood and Nancy Sinatra's opus (year 1967).. my favorite cover versions are still nowadays Slowdive and Lunch & Howard's ones.

And the worst cover version award goes to Primal Scream, no doubt about that..
read less
read more 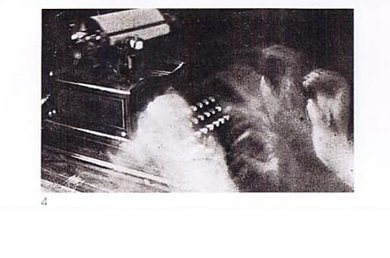 Well be off - Two or more days Varie
Previously, on komakino fanzine, about 'Some Velvet Morning':