Mamuthones, official tour supporters for Michael Rother in Italy, are already on stage when I step inside Circolo degli Artisti. They're on time, I'm not.
Mamuthones are, - actually Mamuthones is, since the sardinian bizzarre mask it's Alessio Gastaldello's monicker for His solo project, - this time, helped out with a full line-up seeing His long time friend and Jennifer Gentle ex-bandmate Marco Fasolo, playing (actually sawing with a drumstick the) guitar, plus Matteo Polato (seen here with His brilliant Slumberwood) and Padova's icon drummer Maurizio Boldrin.
While Mamuthones' records focus their sinister/psychic core usually over low pace spiritual fugues, differently, the last night live performance was such so wild and noisy that as I went first through the music hall door I didn't recognize them at first hear. Then I saw Marco and Alessio on stage, ok.
I like those Bands who are able to give a different prospective to Their own Music live, it adds something more You cannot usually perceive just playing a record at home. And that's called 'live performance'. And that's what Mamuthones did. They added a more krautrock violent impact, war drums (Ave Maria sounded really fiercely funeral) and free instrumental noise/mayem to the mantra I already knew. Something between the best of Tangerine Dream, Popul Vuh and the same Jennifer Gentle seen live with Kawabata Makoto. Powerful and mystic. No kidding.

I'll be frank with You: I'm not an hardcore fan of NEU!.
I mean, I appreciate Them for how Their Music changed the way of making and looking to the Music, Their influence on a loads of old and modern bands is undeniable and undeniably important, I mean, they are a Music lesson, no doubt about that! So that's the spirit I went to Michael Rother & Friends' gig last night, with respect and a block note.
Hallogallo is the name of the first track of NEU!'s self-titled record, dated 1972. His bandmate Klaus Dinger passed away a couple of years ago (rip), so mr. Rother gave a call to Steve Shelley (Sonic Youth) and Aaron Mullan (Tall Firs from Ecstatic Peace! rec) to join Him (wouldn't You?) performing some by NEU! as well as some tracks by Harmonia and from His solo albums - that, sincerely, I ignore.
Probably in Italy, in 1972 there were more people dancing to Vianello's Alligalli than listening to Hallogallo (and probably it is still like that nowadays..): btw last night I spotted several over-40s fully enjoying the show, and I mean, when You musically follow someone for over three decades.. it really means.
The hall is fully crowded, and people get crazy when Rother & Friends start the show playing exactly that Hallogallo. If You wiki the word motorik, it'll pop up a reference to NEU!. And last night been totally motorik: the strenght of a restless and endless tempo and three/four notes riff. Repetition. Cold hypnosis.
Michael, Steve and Aaron are three professionists. My only regret was the redundancy of flanger/phaser efx and the whole laptop driven thing.. frankly an overdose: I mean, I would have more appreciated the mere presence of the valvoular amplifiers and analogue audio output, no pre-recorded basis and, digital plugins and audio loops: I wanted it nude and raw, in that original primitive way and feeling I knew. I know it's not the 70s anymore. Plus, this is Rother's version. You know.
Around the middle of their set, Rother introduces his bandmates, the audience's ovation goes to Steve (you buona forchetta, dude..), - who was the backbone of their show; differently, I guess Aaron Mullan just played three different notes in total during the whole set, but, I guess that's what Rother asked him to do.
Watching on youtube some of NEU!'s live shows, clearly, Klaus Dinger was the band's animal performance side, and reading here and there about them, thatspirit was also one of the reasons they broke up for.
Anyway, if Dinger was the punk, last night Rother was the gentleman behind the wires and a laptop, a leader of a three-piece orchestra, and I couldn't miss that: lots of people fully galvanized listening to good Music. 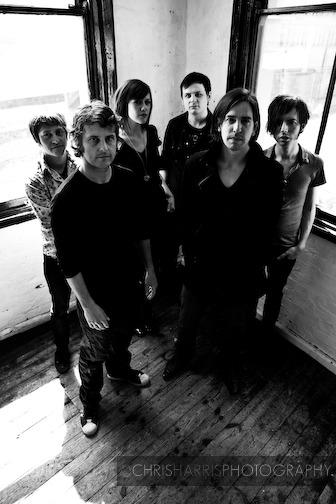 Spotlight Kid - All Is Real  Interview 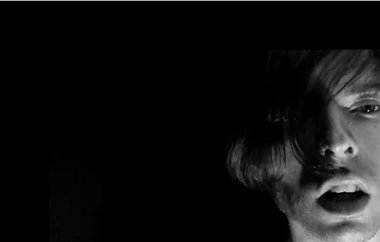