It's about 11PM when I get to the venue, too late to see the two local opening acts, Soul of the Cave and Heisenberg; my bad.
Anyway, I was there for Fuh, reviewed some months ago here at komakino for Their brilliant release Dancing Judas, - a genuine 8 doses of noise rock adrenaline, - Unwound, Pretty Girls Make Graves and At the Drive in are some good coordinates to get an idea of how They sound.
The venue was pretty peopled, the concert hall, in the basement, something less, I mean, it's never enough, anyway, still a fairly good compromise to travel half Italy and play a gig downhere. Plus, last time They scheduled a show in Rome, They had bad luck with Their van, so They had to cancel it. Not this time, and I couldn't miss Them.
Fuh are four young men from Canalese, northern Italy, diy attitude, two guitars, drums, and the bass player also leading vocals, - Nicolas Joseph Roncea, precisely, of Io Monade Stanca, too.
Their live performance been blasting, notwistanding the very bad sound of the audio system, at least initially, only later better balanced.
They started playing Grandine, lyrically and musically dramatic, rancid, swirling guitar riffs and kicking ass percussions, one of my favorite pieces of Dancing Judas.
More desperation velocity on Distance, and melancholy on Quarter, - the guy playing guitar on the left, Edoardo, had a large selection of pedals, it was a pleasure to see Him jumping from one to another. The four also know how to dose brief loops of noisy ambients, good interludes of quiet before and after the storm.
I really enjoyed the show, loads of positive energy, - I was expecting any moment to see someone stage diving, but, it didn't happen, - in Rome, it's something i rarely see, anyway, Fuh would be a perfect excuse for that.
Notwistanding the audience's praise, no encores demanded, but I saw several new afeçionados buying CDs, and that's pretty good, isn't it? 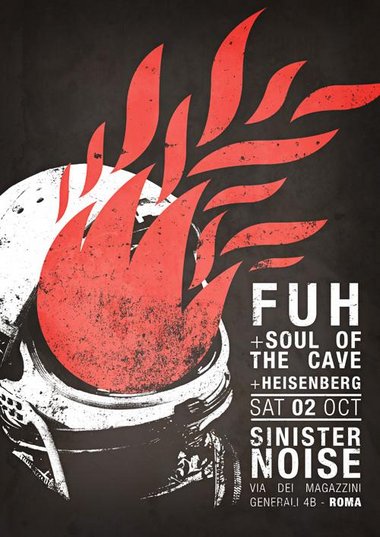 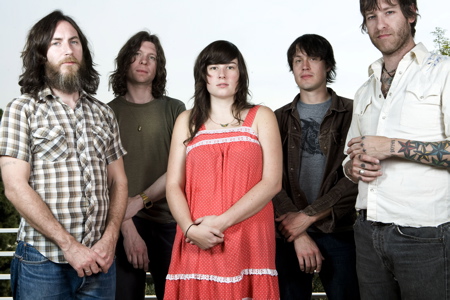 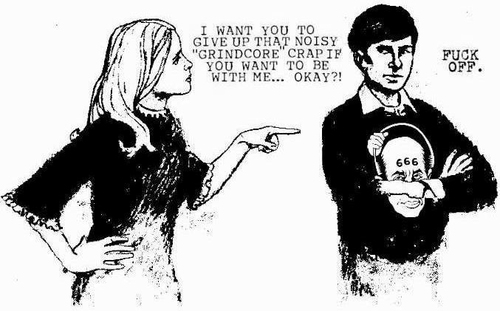 I want you to give up that noisy grindcore crap if you want to be with me... Okay?? - Fuck off. Varie
More blah blah about 'Fuh':