"Hi How Are You is the first toon-shaded 3d puzzle platform game to arrive on the iPhone. It features a universe filled with dynamic physics driven gameplay, surreal enemies, challenging puzzles, and Daniel Johnston's critically acclaimed art and music. [.. It]  begins with Satan turning the innocent Jeremiah into a frog and stealing the object of his affection. To win back his true love's freedom, Jeremiah must progress through 25+ devilish levels to reverse the curse that Satan has bestowed upon him."

Bonus, oldies but goldies: I Had Lost My Mind.

Plus plus plus, 2005 Sundance Festival featured the film The Devil and Daniel Johnston, an indipendent documentary which "chronicles Johnston's life from childhood up to the present, with an emphasis on his mental illness, and how it manifested itself in demonic self-obsession. The film was directed by Jeff Feuerzeig", - a must see. 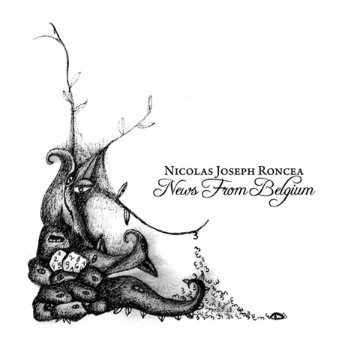