k: once upon a time there was the Star Pimp. How and where did everything start? How old were You at those times? Tom: I believe Star Pimp started in 1990, in 1991 I replaced the original bass player who reportedly had an unfortunate tendency to fall asleep at practice. In 1991 I was ... (let me do some quick math) 29. The others were a few years younger. We stopped playing after our last US tour in the summer of 1997. k: Now a lot of questions all in one. You know, finding info around about Star Pimp has been enough difficult (except the few lines on the KillRockStars facsheet), - above all i found reviews of 'Docudrama' which seems to have been that one having had more attention respect all Your (brief) discography, probably 'cause it was the first (but also the last) full-lenght album.. But what's happened between '93 (Seraphin 28oZ [please tell me what's its title means]) and 96 (Docudrama)? How was the people/press' feedback? Tom: First of all, the discography is as follows: Treasure Trail EP (1992), Seraphim 280Z LP (1994), one song on Rock Stars Kill LP (1995) Docudrama LP (1996). They're all still in print. So you see, Docudrama wasn't the first full length. The reason you can't find Seraphim 280Z reviews online is probably because it came out so far back in the distant past; way, way back in the dark ages before every idiot had an internet connection [my ears are buzzing.. :P komakino's note]. Seraphim 280Z actually sold about twice as many copies as Docudrama. The title doesn't really "mean" anything, other than Seraphim is like an angel, a cherub, and 280Z is a kind of car. In the time between the two LPs we toured the US, replaced our drummer, argued amongst ourselves, and made the agonizingly slow effort to write stuff for the next LP. Although we had a few fans in different spots, we were for the most part ignored by press/radio/fans/etc. k: forgive my confusion about the Seraphim 280Z LP, - maybe that's been because here it's fucking hot, or simply because my brain was out of work, - and moreover i have also got that LP!! Ooops. Hem, - 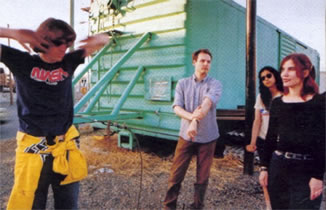 > k:. 'Docudrama' sounds a cool word, don't ask me why, even because i don't have any idea about its meaning... Tom: It's just a term they use to describe a type of film, usually a dramatic recreation of a lurid, real-life event. A film about some stupid thing from the news of a few years back. k: what has Star Pimp meant for You? Tom: I'm not sure what you mean. It was just a band. I liked the music, I had fun playing (usually). k: (that's what i meant) I don't want to be too nostalgic (always talking about the past), anyway, what's Yr best and worse memory of that period? Tom: Well, my worst memories (besides the shows to indifferent or non-existent audiences, especially on our last tour) would probably be of some of our pra ctices. Since we wrote all the songs together by improvising until something sounded good, we'd have to endure a lot of endless awful meandering trying to find some music that worked. I'm talking practice after practice of just garbage, usually ending with someone walking out in disgust. k: did the Star Pimp ever tour Europe, and Italy? Anyway how were Yr concerts? I always imaged something very chaotic/violent ('Richie', 'Prado') alternated with hypnosis states. Tom: No, we just toured the US a few different times. I doubt anyone in Europe would have known who we were (we had enough trouble with that in the US) and consequently I'm sure we would have just lost all our money. I guess our concerts were rather erratic. No one in the band was really a consistently "professional" player, so sometimes it was great and sometimes it sucked. I don't think it was ever what you'd call violent, though. For me it seemed like it mostly depended on the acoustics of the room and the quality of the PA system whether it would sound great or just be an indecipherable wall of mud. k: I see that the first Ep's have been released on the Boner Rec, and so You pass to the KillRockStars. Can You tell me anything about it? Did Boner produce any other band? Tom: Boner stopped releasing any new product in 1994. They had released a bunch of stuff: Melvins, Steel Pole Bath Tub, Warlock Pinchers, Ed Hall, Fang, etc. You can see a full list at the www.midheaven.com site. k: So, Are You in some band now? What are You doing? Are You in touch with the other guys yet? and Them? What are They doing? Tom: I see Marcelle [Poulos, vcls/sampling/gtrs - k's note] quite often (she teaches 3rd grade) [wow - k's note] , the others I hear from occasionally. Until recently Eric [Grotke, gtrs/vcls - k's note] was in a Smiths cover band. Right now I'm making a film which features Marcelle and I (among others) acting. It'll have some music of mine and hers as well. k: do You already have a title for it? Is it Yr first movie? Would You intro 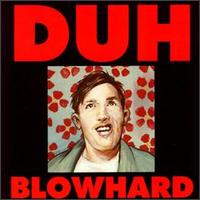 duce it? I'm really curious about it. Tom: I don't know the final title yet. The three I'm thinking of right now are "The Max Factor", "Bubblewrapped", or "No New Messages". It'll be my first full-length thing (I've made some shorts). It's a little hard to describe - it's just about a girl meeting a guy, sort of a comedy. I don't think it'll be that experimental or anything. I'm just hoping it won't be a TOTAL miserable failure. k: can You tell me the story behind that old man saying 'i'm sorry, i'm really sorry' before 'virginia' starts? Tom: I believe it's an old woman. It's from a nursing home. k: during the Star Pimp period, were there some side projects when some of You were involved? Tom: I played guitar in a band called Duh. k: And You? Do You ever listen to the Star Pimp's discs? Tom: Sure, I still like them.

info & mp3 of 'Blood on The Mountain' from Docudrama -> https://www.killrockstars.com/bands/factsheets/KRSbands/starpimpfactsheet.html

interview done in agoust 2oo1 and appeared on komakino #8, paper and inch - by paolo miceli