One-man bands night at Sinister Noise, Rome, Italy, - yesterday: Dead Western is touring Europe with Conny Ochs, both on Discorporates rec, two men and their guitars, one acoustic, the latter one, electric.
Both shows took place on the ground floor, instead that downstairs, as usual.
Herr Ochs, from Germany is a young garage/blues guy, his voice is passionate and emotional, a strong timber able to sound powerful even when he walks away from the mic. He used a foot on a tambourine to help keep the beat, playing gentle arpeggios and more satured guitar riffs, with one or more tracks, acoustic versions, from his full band Baby Universal's repertoire.
After about 20/25 minutes of Ochs' performance, it's Dead Western time.
The venue for sure is not crowded, but it takes some moments to get some proper attention to his set, that minute by minute turns hypnotic: Troy Mighty makes strange sinuous movements, his head often disappears behind his back, - his slow, deep voice is bizarre, - somehow à la Anthony and the Johnsons, - but I prefer Dead Western's vocal tone, - more powerful and secretly smart, - it's like He's having fun of his listeners getting hypnotized: pure mesmeric folk music.
At a certain point, an old man, wearing a zorro hat, gets up and starts dancing to Dead Western, - "it's like living in a David Lynch movie!" a friend of mine said to me, - "film it!", and okay, I did it for the internet world [vid#2], - I mean, it wasn't exactly a genuine oddity, - since he was clearly sober and he been waiting patiently for the bartender's go to start his pantomime.. maybe with the promise of a free drink, no idea.. frankly it's been a little bit sad for me.. as well funny okay. At least for the very first minutes. Btw, - mr Mighty didn't lose his à plomb, and overtook him when he performed, now fully unplugged, a song with a small ukulele (or kind of). He's got a strong stage presence. An excellent Artist. 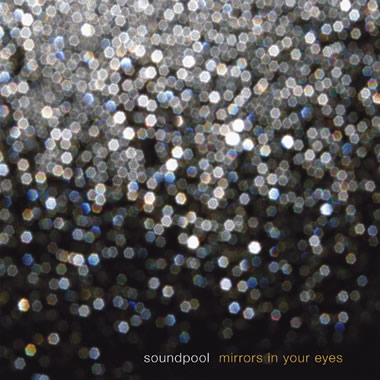 Soundpool - Mirrors In Your Eyes  Review 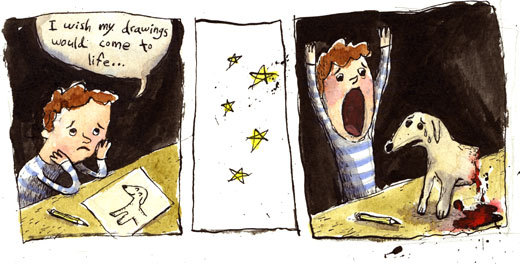 I wish - my drawings would come to life... Varie
More blah blah about 'Dead Western':