Three beautiful live shows, same venue (Init), same night, - 10 euro, - pretty tasty, isn't it?
It's Heather Woods Broderick first on stage, - it's about 10pm, - this sexy multi-instrumentalist young musician (guitar plus vocals during Her solo set) released last year Her enchanting debut record on australian Preservation rec, - and, formerly as her brother Peter Broderick did (- not this time), She's currently touring with Efterklang, providing voice, piano and flute to the four danish core members.
Very fragile melodies played on an electric guitar (She says that usually She plays piano, but it was hidden behind a pile of other instruments on stage), gentle riffs, no plectrum, folk atmospheric songs, wisely rhythmed now and then by minimal prerecorded basis that She measures with a volume pedal: Her voice is sweet as honey, melancholic and hypnotic. - I love the girl who heals my nerves.. highlights on Wounded Bird (see vid), Cottonwood Bay, - if I'm not wrong, I guess She performed some new tracks, - anyway, - the audience truly enjoyed in full silence, me included.

Barzin and His band (slight change of line-up than last year) start around 10.45pm while the venue is getting slowly crowded.
I think that Barzin has got this gift: it's not what You're saying, but how You say it. I mean, You can say something simply beautiful, but You have to know how to use words, - Music plus lyrics, in this case, and know how to handle with the naked simplicity of Beauty in Music, - well, here it comes Barzin: slow tempos, He plays a folk guitar, His voice is romantic and often whispered, eyes closed, time slows down during His set. - The line up sees another guy playing an electric six string alternated to a steel guitar, - plus one drummer, but no bass player this time, - there's a bearded guy going from midi keyboard to an impressive xylophone and a squeeze box too.
- Let's go driving, - first on the tracklist, - then, my memory goes (although not in order) to Queen Jane, Past All Concerns, - plus three new songs (one about italian girls? 'it's hard to love blindly..' - see vid).
Unfortunately the people were getting pretty noisy notwistanding others tried to silence them, - anyway, each song ended with everybody's praise, and His set with a light electric guitar boost.

Efterklang are promoting Magic Chairs, Their third full-length record: no doubt about that, - there was a whole wall at their shoulders on stage with the reproduction of the album's artwork. They were selling also drum sticks, for 6 euro.. uh? Really. Anyway, - They were missing from Rome since two years, same venue, - last time I came in late to their gig, - I just saw the last 10 minutes of the encore, - later I really learnt to love Their Music, but, - there's something more vivid during Their live set, - I mean that sense of joyous and playful performance that frankly not equally shines through Their records. Like Casper Clausen and Rasmus Stolberg's dubious moustaches: can You feel their moustaches through the recorded Music? No, You can't, - but, live from stage, You can.
They are all multinstrumentalists, an orchestra of seven on stage (sorry, I was too close to take proper pictures of everyone of them..), - bass, trumpets, piano, various machines, laptops, guitar, percussions, - They charmingly sweat turning what normally sounds mournful in something bewitching and grinning. Casper's mimicry and gesture is pure funny magnetism, - the audience can't but join hand-clapping and some singing-along too (looks like there's a solid fan-base in Rome for them).
All starts with Mirror Mirror, then the people go crazy on Mirador, Modern Drift, I Was Playing Drums, plus Alike, , and ecstatic on Illuminant.
Actually, the best live act I saw this year, something full of chatartic melodies and feelings, and great sound. Not bad indeed! 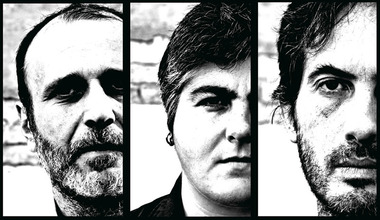 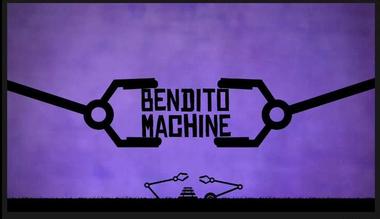