"The bar takes its shape from the human digestive system: starting with the tongue, continuing to the stomach, moving through the small and the large intestines and exiting through the anus. While BarRectum is anatomically correct, the last part of the large intestine has been inflated to a humongous size to hold as many drinking customers at the bar as possible. The anus itself is part of a large door that doubles as an emergency exit."

- I like the part saying of 'an emergency exit'.. 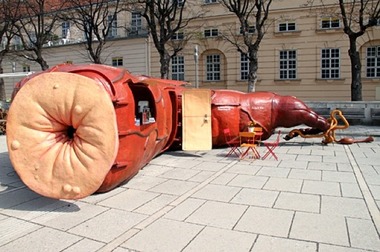 - Work by Atelier Van Lieshout, also author of the Huize Organus, other giant organs, and other interesting projects, all from "a large old warehouse in the harbours of Rotterdam", Holland. - The BarRectum is placed in Vienna, Austria. [BarRectum in pieces in the workshop]
read less
read more 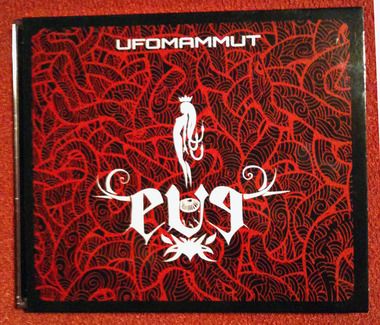