Unfortunately I forgot my camera at home, - blame on me.
Rainy night, notwistanding that, the venue was somewhat peopled, - the first show started around 11.30pm with Bandwith on stage, - a young unsigned band from nearby Rome, a hard-kicking three guys, lot of noise, feedback and long lines of gears/effects, - memories of 90s noise bands of Skin Graft rec and some more modern stuff à la Holy Fuck, american school, anyway - alternating guitars, bass to synths and viceversa, - a drummer/hammer, restless and lifeblood, à mon avis, band's adrenaline.
Maybe too much static and mono-chaotic after about 40 minutes of show, yet deserving attention.

I love Nastro, [read past reviews] - I can't hide I'm close friend with some of Them, and generally I stay away from attending friends' live shows just because you're friends, - I hate this kind of "friendship means sacrifice", - if I don't like a certain kind of music, done, I don't.
Luckly, this is not the case, - Nastro are really a very good live Band, - They have an animalesque front-man, Manuel Cascone, also bass/synth player, - contortionist dancer, jumper, too, - He totally loses himself in performing live: He turns like possessed, - and after about 20 minutes He was already hanging from the roof and singing/screaming, - let's say He's someone able to get Your attention properly.
Sort of Pere Ubu, Kraftwerk vs. James Chance, with a beautiful red jaguar guitar threated like a cheese grater, synths motionless played (sometimes also kissed), groovy electronic and no-wave obsessive live drumming, - with special mention for the epileptic attack and ride of Frate Ubu, the hypnotic Velocità/Uuu, IMQ, the sexomatic Cestino di frutta.
The show ended with a final encore, Nella sala video. I totally enjoyed the show. 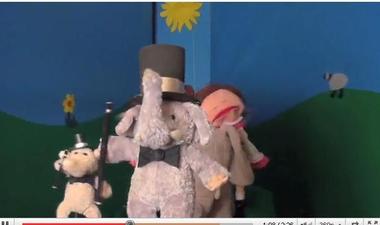 The Black Heart Procession - In tour a Maggio in Italia Varie
Previously, on komakino fanzine, about 'Nastro':

Actually there are other 4 articles tagged 'Nastro' here, check it out!