I got to the venue too late to see Victor Herrero's set. My fault.
Btw, at the end of the show, I bought his record, Anacoreta: - it's somewhat hypnotic, relaxing and a good company, I love it.
And I just read that the CD artwork is by Josephine Foster.
One more reason to dig it.
The venue is unsually silent, - i'm referring to the audience: kind of novelty here, - about 100 people, properly sitted (limited seats!), in silence, - just making some noisy clapping at the end of each song, no-flash shots.. That's insane in Rome!* - I also spotted a couple of men fallen asleep around the middle of Foster's show, - maybe, totally enwrapped into Her folk tunes, - let's say so, - into Her melodious twittering and singing, - just Josephine, playing classic guitar and mouth organ, plus a piano on a couple of tracks, - principally, songs from Her last record Graphic as a Star (an album which lists 26 tracks!!!!!), based on the poetry of Emily Dickinson (from whom, i guess, She stole the dress that evening ;-)).
Sometimes She keeps the tempo beating the heels, - and notwistanding She sings somewhat far from the mic, effortless, Her voice is powerful and clear, measured and heavenly, - bucolic, sort of missed opera singer with a very open mind for Music.
Differently from Her last year show in Rome, this time She's alone on stage, except done for a classic spanish song, Los Contrabandistas de Ronda, sung in duet with Herrero (watch below video), - no drums, no electricity on the six strings, - just one encore: for sure less dynamic than last time, - yet, totally mesmerising, - although, i must confess, i found myself yawning a couple of times, - but, shit, i was really tired last night. I bought Her new record, - a small opus, indeed.

*Note: Yeah, if You listen closely to the first video i filmed, around 31 sec there's someone burping. High class audience, i told You! 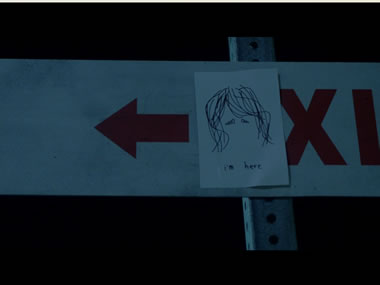