Bang Bang Club is a nice two-floors venue in Hackescher Markt, Berlin, Germany (where else?), right under the railways, - actually You could hear the wall trembling now and then as a train was passing by; - i never been there before, - but i really enjoyed the place.
Around past eleven, doors open, - the club quickly becomes crowded, lot of teens, random audience, - most of them didn't know about the scheduled bands.
- I won't talk about Sea Dweller, - being personally involved, i can just say it's been a good time, and that together with Spotlight Kid (Nottingham-based, UK), that night they both were promoting their label debut releases on 2&1 rec, Love is Coming and Crystal Dreams EP, for the records.
I was very curious to hear Spotlight Kid performing live, being a big fan of Their debut release Departure (2006, Club AC30), and the new songs on their myspace are really excellent, - especially There a reason why and Take some time, - both stucked into my head, - on the boundaries of shoegaze and blasting astral guitar noise.
They introduced their live set with an epic as well hypnotic instrumental piece, then (if i'm not wrong) it's right There a reason why the next step.
Chris Davis, formerly of Six By Seven, plays drums and sing together with guitarist Rob McLeary, - then, other two guitarists on stage, bass (no, ms. Katty Heath wasn't present), - that means a pure wall of sound, where Never's too soon (dedicated by Rob to Sea Dweller!) sounds like a total alternative dancefloor hit, - Take some time's percussive intro is the perfect ticket for the audience's sound chatarsis, and it won't pass too much time before Rob jump off stage into the crowd while playing, with all the kids around dancing. Frankly, i loved that parenthesis.
The final piece is the spacial psychedelic Machines, - which everybody cannot but dancing to. No encores, - the audience is ready for the DJ set.

Ps. I didn't film any live footage, - so, please, enjoy this official video for Take some time

F Minus - The life of the party Varie 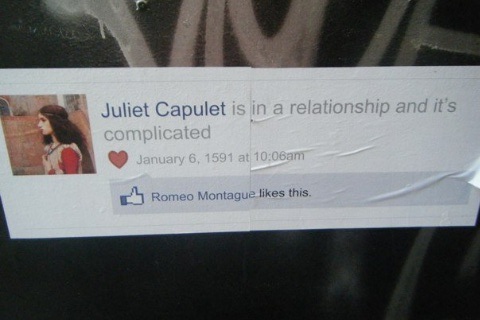 Juliet Capulet - is in a relationship and it's complicated Varie
Previously, on komakino fanzine, about 'Spotlight Kid':

Actually there are other 4 articles tagged 'Spotlight Kid' here, check it out!