"It's not time for dancing now, it's time to be quiet"

- More or less, that's what Sara Lov tried to communicate to the noisy audience of Circolo degli Artisti, last night in Rome.
Yeah, these beasts were really noisy, free chatting and waiting for Chicks on Speed, scheluded on stage after Sara Lov. No respect at all.
As I was approaching the venue, a couple of guys were talking "Who is the opening act for Chicks on Speed??" - "i read it's Sara Lov" - "uh, are they italian?"
- Frankly, i wasn't there for the above mentioned chicks, - i mean, after Lov's show, i came back home; but for sure i would have paid respect to their set more than those idiots did with ms. Lov.

No cello to this round, - at its place a violinist (an italian guy, sorry i can't remember His name), - so, the whole show was really on a fragile plan which needed people's silence and collaboration.. missed target.. anyway.
Plus, among the stage and the first line of the audience hall, there was a kind of gap, full of commissioned photographers, which looked like a firing squad for the band.
But our favourites are still alive, don't worry, - tonight They play a show in Cesena, Italia, and then i think Her european tour is over.

- One more time accompanied by the talented Scott Mercado (aka Manuok - and, hey, happy birthday!), at piano, long beard and acoustic guitar plus vocals (duetting with Sara on Animals), the drumless set saw songs such as Just Beneath the Chords, Frankie, New York, Tell Me How, Fountain, Touched, Arcade Fire's My Body is a Cage, plus two encores, Seasoned Eyes Were Beaming and the above mentioned Animals.

I will never get tired of saying how amazing Sara's voice is, - full of pathos, pain, and poetry, - Just Beneath the Chords and Fountain gave me the shivers.
The piano with violin interludes, when Sara needed to re-tune Her guitar, were totally melancholic, - lovely parenthesis for the gems from Her release Seasoned Eyes Were Beaming. I couldn't miss Her show.
I saw Her selling a lot of records and tshirts, - good for Her, - the audience wasn't totally that shit.

Differently from what announced last year, Devics will not be back touring yet for a while, - i heard Sara saying that Dustin O'Halloran lives in Berlin now, and too busy to work back with Devics at moment.
The good news is that, replying to our question, Sara told us that Her next record will be release on vinyl too (we love the old-fashion.. you know..).
We just needed new Oxygen, - long to hear new songs from Her the soonest. 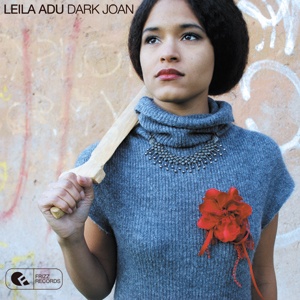 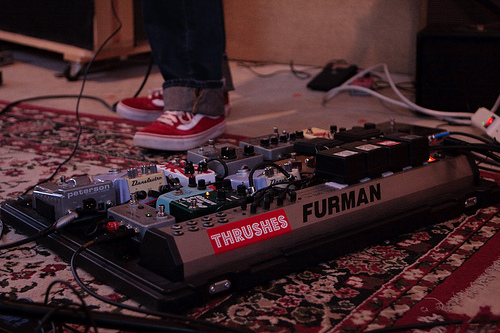