How sad! More or less only 60 people to see Early Day Miners with La Calle Mojada as supporters, - last thursday - a missed dreamy night in Rome indeed.
To be honest, - notwistanding i saw Early Day Miners also playing live in Rome in January 2007, - well, i'm not that fan, - They look like good guys, and precise musicians, - but, frankly they're not my cup of tea.
Differently from me, there was a small crowd of die hard fans there to see them playing in town, - anyway, i can say their live performance was more rock-oriented than gently slow-core as on their records.. highlights on So Slowly, All Harm, i'd say.

- So, actually i was there for La Calle Mojada (Raise rec), - i love these guys, - Their tunes are shaped into a moving shoegaze frame, long multilayered echoed guitars forming a sound bath, - i spent lot of posts here at komakino about Them. - Marco Poloni's vocals are elegant and shy, Their Music is very inspiring on me. - They played a brief and intense show, introducing three unreleased songs plus the some featured on their debut EP, So Far from Winter to Fall, - whose Secret Bliss, fully stargaze.
Ps. - Sorry for the bad quality of my videos, - i wish i could properly record their show.
Ps2. - My apologies for the bad quality of my photos.. 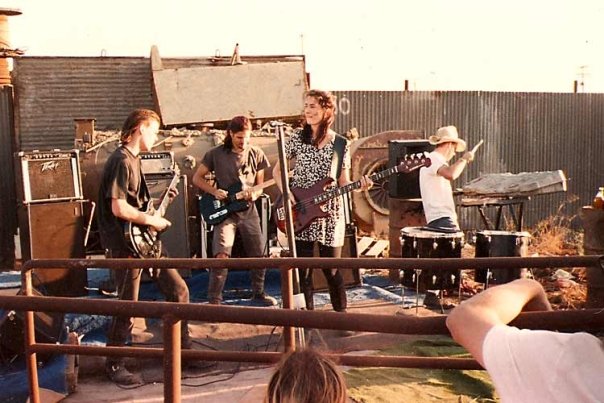