Endless thank to my dear friend Antony Olivemakers for founding this on Youtube.

But it's just the tip of the iceberg: i define myself a die-hard fan of Distorted Pony [> Discogs], They are musically meaningful to me as a few other Bands, - They also had a sort of cathartic impact on Me, through Their rancid addiction to noise and distortion: Their track Hod (from Punishment Room, Bomp!, 1992), is currently my ever vaffanculo-tutto song, - A Fine View from the Temple (Trance Syndicate rec, 1994) gives me the shivers not only each time i listen to it, but even when i think of its final stunning lyrics (will someone say my name \ will they cry on my grave \ will they find my jokes and stories \ the jokes that say "i'm lonely" \ and stories of no hope).. it's about 15 years that Their records still mean to me.. that should tell You something..

I'm not that into Facebook, - i like my privacy, and i hate reading eventual instant posts of friends saying they're just gone to the bathroom or following one thousand youtube vids posted.. anyway, - on Facebook there's also a Distorted Pony fan page now, fully loaded with more videos (i.e. a long footage from a Live show in March 1992), pictures, info, and hope, the hope They might set a few live shows to celebrate Their 20th anniversary... please come in ROME!! ITALY!! 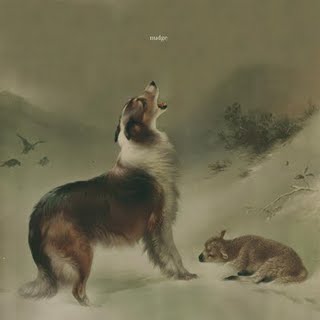 Nudge - As Good As Gone  Review