Zac Pennington & Matt Carlson from the band Parenthetical Girls put together "a mix of some kind to accompany our new record, Entanglements  which we took to mean a sort expository companion, designed presumably to allow some direct insight into our process of creative plagiarism." [source].
Pretty interesting, - and since a couple of days i'm right listening to Their new amazing album Entanglements, - so, sincere or not mixtape, i was pretty curious to know about listenings/inspiration etc.
The tracklist includes a couple of italian names: Mina Mazzini (only foreign people use her surname too!) and Nino Rota. Krystof Penderecki will make You tremble like a leaf.
- Stream audio, here.
Oltre a ciò, sappiate che tornano in italia in tour, tra il 4 e il 14 novembreprossimo, non perdeteveLi!
[photo by Loto Nero, from a live show in Roma, 2007 May 21]
read less
read more 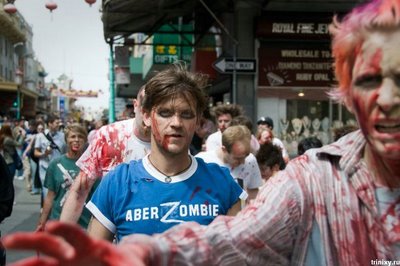