Albert Camus has been one of my favorite readings during my youth, and actually, he's still.
The brilliant illustrator and cartoonist R. Sikoryak, - born 1964, USA, New Jersey [> wiki], - created some excellent sharp cartoon parodies from world literature, - and one of these is Action Camus, - a really singular superheroe.
At The Daily Cross Hatch there's an interesting interview with Sikoryak. 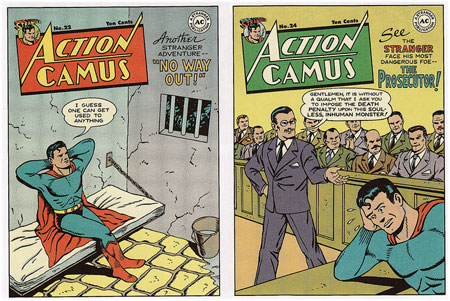 Also, check An Anthology of Graphic Fiction, Cartoons, and True Stories: Volume 2 - it features Sikoryak's adaption of Camus' The Stranger.

Ivan Brunetti on An Anthology of Graphic Fiction, Vol. 2 from Yale University Press on Vimeo.

Last but not least..

writes: The track has a controversial history, since it has often been viewed as promoting violence against Arabs. [..] The lyrics, however, were changed from "Killing an Arab" to "Kissing an Arab". Smith added a whole new opening verse when the band performed it at the Royal Albert Hall, London on 1 April 2006 as "Killing Another". The "killing another" lyric was also used during the 2007-2008 4Tour. The band performed the song as "Killing an Ahab" with lyrics inspired by Herman Melville on 2011's "Reflections" tour [wiki]
(19/07/2017 12:01:00 - ip: 5.152....)
Leave a feedback about this post, or don't. your sweet name: 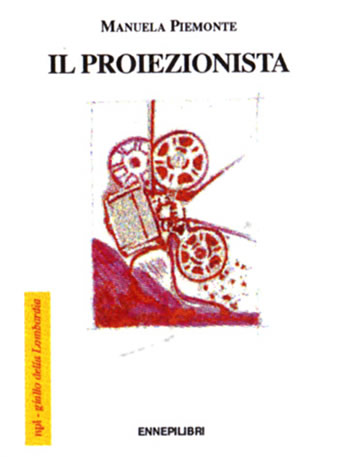